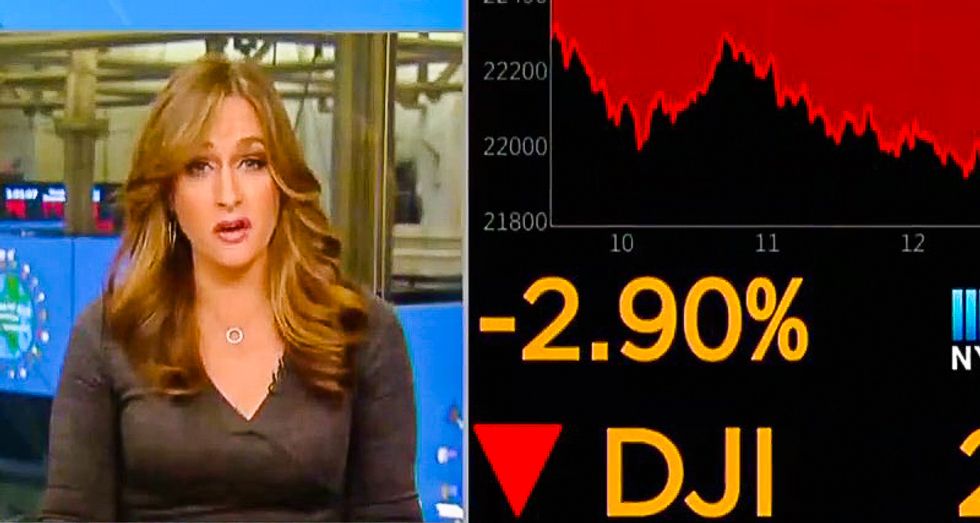 A tweet from President Donald Trump on Monday caused the stock market to "accelerate its losses," CNN reported.

In a tweet on Monday, the president blamed the Federal Reserve for economic woes.

But instead of assuring stock buyers, the tweet actually caused the markets to dip further, according to CNN.

"President Trump is certainly not instilling any confidence in the stock market," CNN's Alison Kosik reported to host Kate Bolduan. "First you heard about that report over the weekend where the president questioned if he has the legal authority to fire [Fed Chairman] Jay Powell because he blames the Fed Chair for the market meltdown."

"And the tweet you just showed from a short time ago blaming the Fed," she told Bolduan, "that actually helped to cause the DOW to accelerate its losses. It made the shortened trading session today anything but sweet."