Conservative columnist pens scathing rebuke of Trump being 'bought' by the Saudis: 'The tip of a very large iceberg' 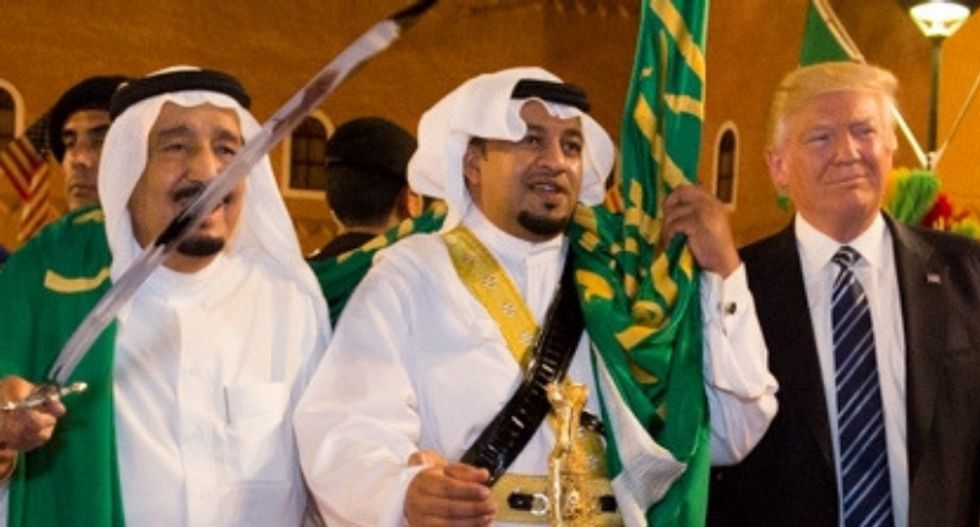 Rubin noted that a recent Post report revealed that a Saudi-funded lobbying group paid for blocks of rooms for a total of 500 nights at Trump's D.C. hotel in the aftermath of the 2016 election.

More strangely still, the rooms were reserved for six groups of US veterans who were offered a free trip to Washington, D.C. in exchange for their lobbying efforts on Capitol Hill against a law the Saudis opposed, the Post's David Fahrenthold and Jonathan O'Connell reported earlier in the week.

The sum of the bookings by the Saudi lobbyists totaled $270,00 -- a number Rubin noted only seems small in comparison to Trump's wealth if one isn't aware of his penny-pinching history.

The president "once won Spy Magazine’s contest for the world’s cheapest celebrity by cashing a check for 13 cents," Norm Eisen, a former Obama White House ethics counsel told the columnist.

"[For] $270,000 he would do anything," Eisen, whose Citizens for Responsibility and Ethics in Washington group serves as counsel for D.C. and Maryland's emoluments lawsuit against Trump, said.

Trump's financial ties to the Saudis, the former ethics czar argued, may explain everything from "his shameful embrace of the Saudi orb to allowing the Saudis to run amok in Yemen to turning a blind eye to [Saudi Crown Prince Mohammed bin Salman's] role in that Khashoggi killing."

The Post also reported that since the beginning of Trump's presidency, "Saudi customers have boosted the bottom line at two other Trump hotels" in Chicago and New York.

"In New York this year," the report noted, "the general manager of Trump’s hotel at Central Park said a single stay by some Saudi customers — who were traveling with Crown Prince Mohammed bin Salman — was so lucrative, it helped the hotel turn a profit for the quarter."

With three emoluments lawsuits against him and an incoming Democratic House of Representatives, Rubin concluded, the nation is soon to find out just how much the president owes the Saudis.

"This is the tip of a very large iceberg," she mused.