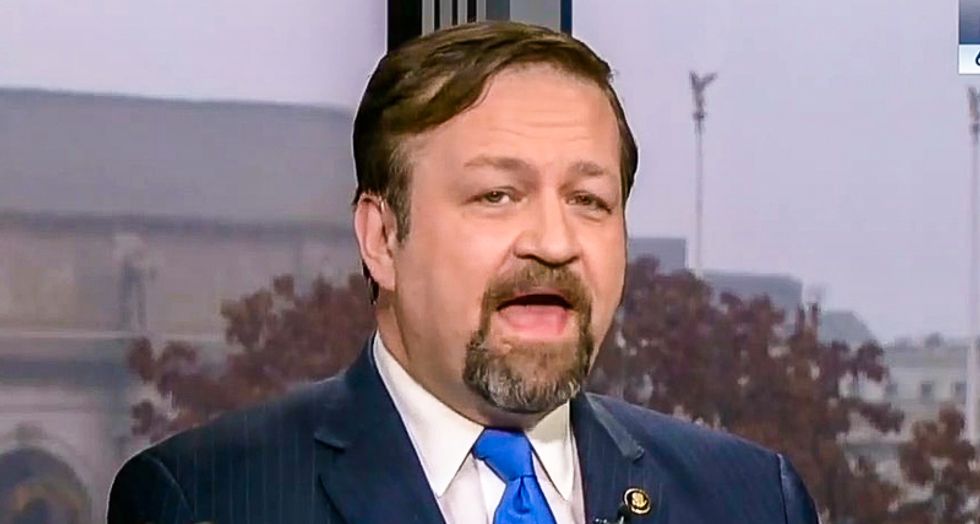 On the Sunday edition of C-SPAN's Washington Journal, the host interrupted a segment with Gorka to feature a clip of Sanders speaking at an event last week.

According to Sanders, a Congress controlled by Democrats will exercise oversight of the White House "for the very first time" since Trump has been president.

"In my view, obstruction of justice is an impeachable offense," Sanders declared. "Democrats will take a hard look at the Emoluments Clause. And that is to ask whether Trump's governmental policy decisions are based on the best interests of the United States of America or are based on the financial gains of the Trump family."

"If he weren't a senator, that would be risible," Gorka quipped. "A man who is lecturing us on whether the president likes dictators. Bernie Sanders, can I remind you that you honeymooned in the Soviet Union, not the Russian Federation, the Soviet Union."

"A man lecturing us on accountability, who wouldn't even keep his own party accountable," he continued, "when the Democrats -- namely Hillary Clinton -- stole the nomination from Bernie Sanders with her so-called super delegates."

Gorka added that Sanders' concern of "Russian meddling" is a farce.

"So now the Democrats don't like Moscow!" Gorka said, raising his voice. "Let's go back to Ted Kennedy! This is not a conspiracy theory. Anybody can look it up right now. Ted Kennedy colluding with [Soviet official Leonid Brezhnev] to undermine Ronald Reagan during his re-election campaign."

"Suddenly the Democrats are -- after a century -- are concerned with Moscow!" he exclaimed. "If this weren't a senator, I would think that were an SNL skit."