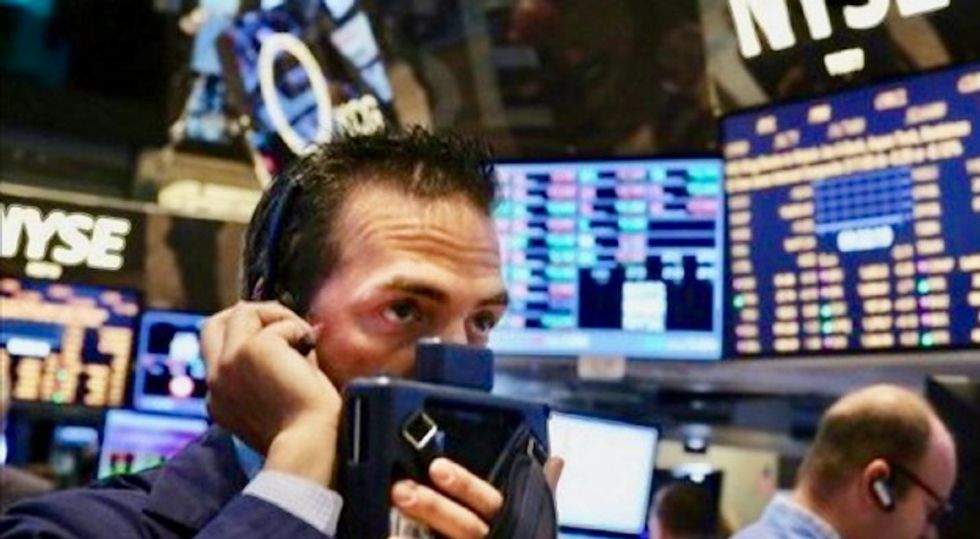 More losses may be ahead for U.S. stocks in the short term, according to an indicator with a fittingly ominous name: the death cross.

On Friday, the S&P 500 Index .SPX, the U.S. benchmark for large stocks, joined the main gauge of small companies' share performance, the Russell 2000 , in forming a death cross.

It occurred as the S&P tumbled another 2.3 percent for its third straight daily decline. That pushed its 50-day moving average 3.7 points below its declining 200-day moving average, resulting in the first death cross since January 2016.

Historically, the death cross has indicated a further fall for the index after the pattern emerges.

For instance, a death cross appeared on the Russell 2000 chart on Nov. 14 after it had fallen 13.7 percent from its all-time high closing level reached on Aug. 31. It has dropped another 3.6 percent in the three weeks since.

Before Friday, a death cross had appeared on the S&P 500 only 12 times since 1928, according to research from Paul Hickey, co-founder of Bespoke Investment Group in Harrison, New York.

Following 10 of those instances, the index has been lower a month later. On average, the S&P 500 had fallen 1.9 percent one month after a death cross formed, with a median one-month decline of 3.1 percent.

Six months later, however, the index is typically higher, with an average gain of 7.5 percent and a median rise of 9.8 percent.

Like all technical indicators, it has its limits, and not all large market sell-offs are signaled in advance by a death cross. The 2007-2009 bear market brought on by the financial crisis, which saw the S&P lose more than half of its value in 17 months, occurred without a death cross ever having formed.

There have been four S&P death crosses since then, however.

Some market technicians, such as Brian LaRose at ICAP Technical Analysis in Jersey City, New Jersey, see the death cross as more of a lagging indicator than a leading one, simply reflecting an acceleration of losses in a market already in an established decline.

“It doesn’t happen until the market has already broken down, and we’ve already seen that happen,” said Ken Polcari, managing principal at ButcherJoseph Asset Management in New York. “We’re in for more bumpy price action, but I don’t think we’re in for a crash.”