Democrats happily sitting back and watching the GOP turn into a trainwreck: Wall Street Journal reporter 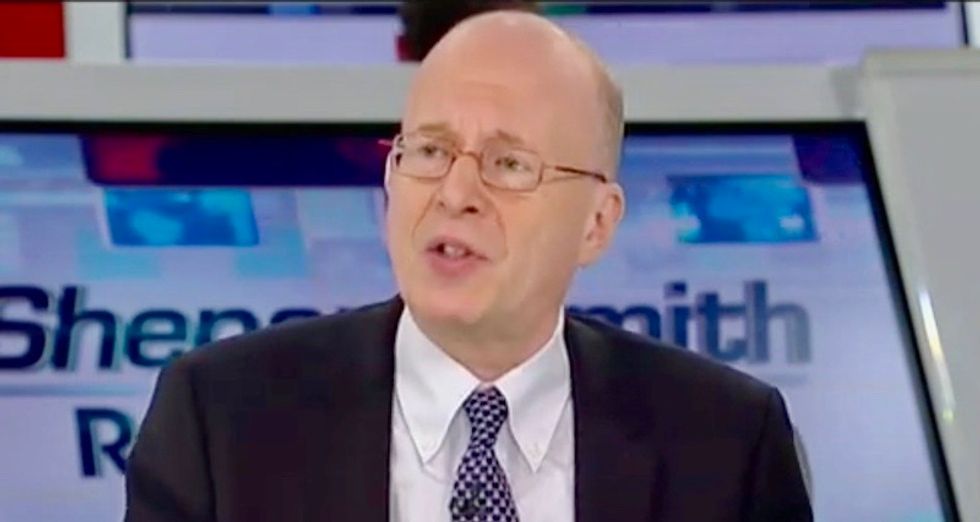 On Thursday, President Donald Trump again reversed course on his demand for a wall on the border with Mexico, threatening to veto a short-term budget bill that would keep the government open over the holidays and instead force a shut-down.

"This is where we were a week ago. He said 'I want $5 billion for a wall,'" said Smith. "He now famously said 'You can put it on me, Chuck Schumer. If there's a government shut down, it's on me because it's important enough.' And then it appeared that he thought better of it. He was going to sign a continuing resolution that would have gotten us to February when the Democrats would be in control of the house. And then this morning, made a change on that and said 'no, we have to have funding for the wall.'"

"Double down—we expected this," Bussey said. "This morning, he decided his supporters, angry this had happened, had to be listened to. Coming back now and saying 'Everybody go back to the drawing board.'"

Given that Republicans still control all three branches of the government, Bussey said the Democratic party’s leadership was happy to sit back.

"The Democrats are looking at this and saying, 'This is a train wreck that is happening in front of us and we're happy to stand back and let it happen.' It's Republicans within his own party who disagree with whether or not there should be a stopgap funding bill through to February or not," Bussey said. "The Democrats are sitting back and saying 'He's already said I'm going to take responsibility for a shut down if it happens.' They're willing to let that happen. As every day goes by, there are fewer Republicans there to vote because they have gone back to their districts, they're retiring or maybe they got voted out of office... The Democrats are pointing out, this is not how you negotiate over an issue. There's many issues that Republicans and Democrats disagree on in the Congress. But you don't hostage the federal government and closure of the federal government for your particular issue. It's meant to be negotiated, compromise is meant to be reached."