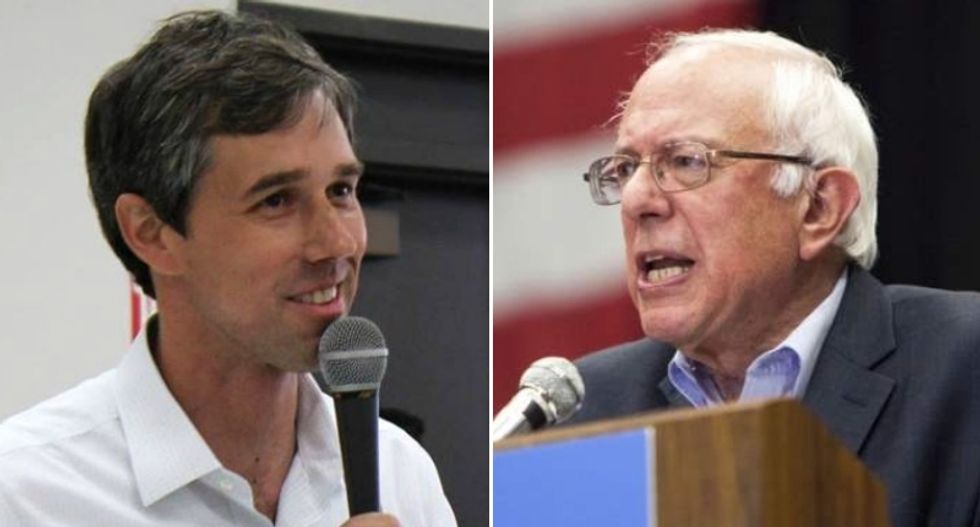 As 2020 presidential campaigns are geared to begin, Republicans are making wish lists of Democratic candidates they think Donald Trump can win against -- while admitting that certain characteristics and challengers could fare poorly for their party.

Vanity Fair's The Hive reported Friday that GOP insiders say candidates like Elizabeth Warren, Bernie Sanders and Cory Booker would be easy for Trump to beat because they try to "compete with Trump on Trump’s terms."

"A Democrat is not going to defeat Trump by being more brash, blustering, and strident," one Republican consultant told conservative writer David Drucker. "They will win over voters they need to retake the ‘blue wall’ states by connecting with those voters on substance but presenting an alternative to his leadership style."

Alternatively, a candidate like Beto O'Rourke "inspires fear" in some Republicans because of his "combination of sunny disposition and 21st-century social media agility" -- and because he reminds them and others of Barack Obama, the report added.

"A Democrat who can carry Ohio, Pennsylvania, Wisconsin, or North Carolina is problematic,” one swing state GOP insider told Drucker. “Someone like Beto, who can campaign on the fly, raise money, and excite young voters, could put those and other states in play.”

"He wreaks calmness and normalcy," a Southwest-based Republican told the columnist, "which I feel like people crave over the chaos of the Trump administration."

Drucker added that John Hickenlooper, Colorado's outgoing Democratic governor who also served as mayor of Denver and was previously a small businessman, was cited by multiple Republicans as a potentially successful Trump challenger.

"Trump got lucky and people held their nose against Clinton," the Southwestern Republican said. "That’s not likely to happen this time.”