President Donald Trump's official White House schedule has grown increasingly empty as time goes by. Months into his tenure his aides infamously decided to claim he was on "executive time" every morning, until usually 11 AM, at which time he supposedly would receive his "daily" intelligence briefing.

"Executive time" is code for Trump hanging out in the East Wing (the residence), possibly in bed, watching Fox News and tweeting. He reportedly watches between 4 and 8 hours of TV news a day.

"Daily" intelligence briefings are now at 11:30 AM, and rare. According NCRM's review of the president's official schedule, he has been scheduled to receive only 5 since November 1. (There's no public record of if he received them or not.)

Usually, Trump has a lunch scheduled for around noon or 1 PM, sometimes with a Cabinet official.

After that, well, it's anyone's guess. 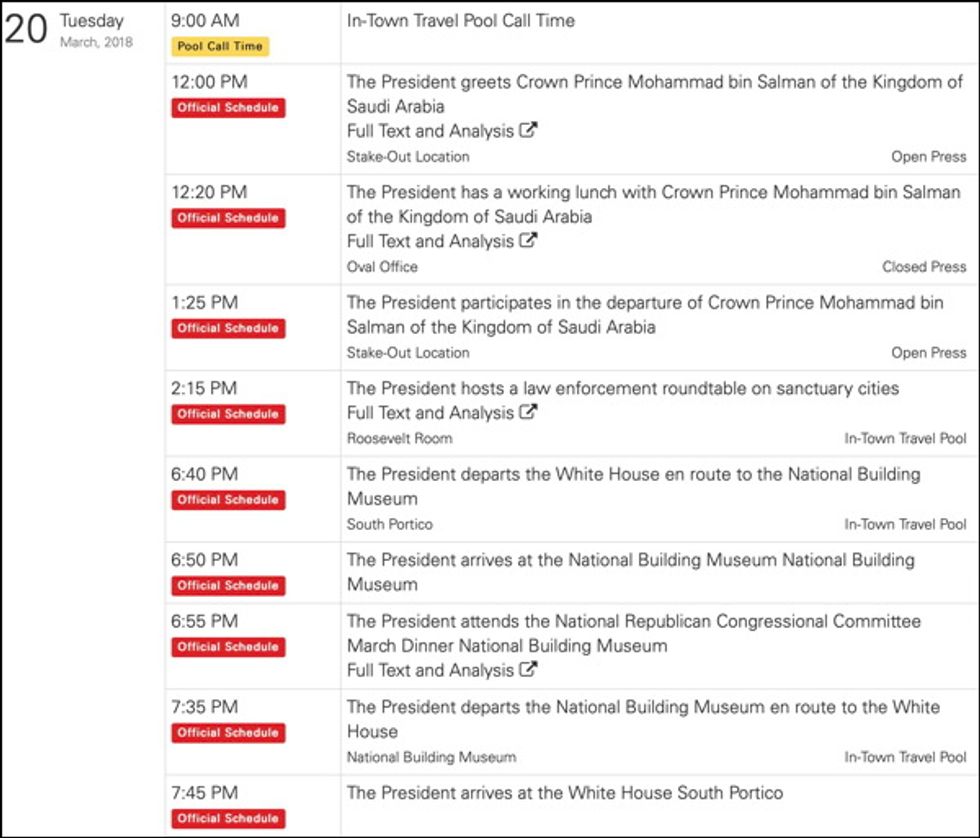 According to NBC News' Ken Dilanian President Trump didn't even show up to work in the Oval Office until "around noon" today.

NBC’s @HansNichols just mentioned that Trump has not yet come to work. He’s likely been watching TV in the residence all morning.
— Ken Dilanian (@Ken Dilanian) 1544632678.0

INTERNET MOCKS TRUMP AFTER HE SAYS HE CAN’T TWEET MORE, HAS TO ‘START’ FOCUSING ON HIS JOB