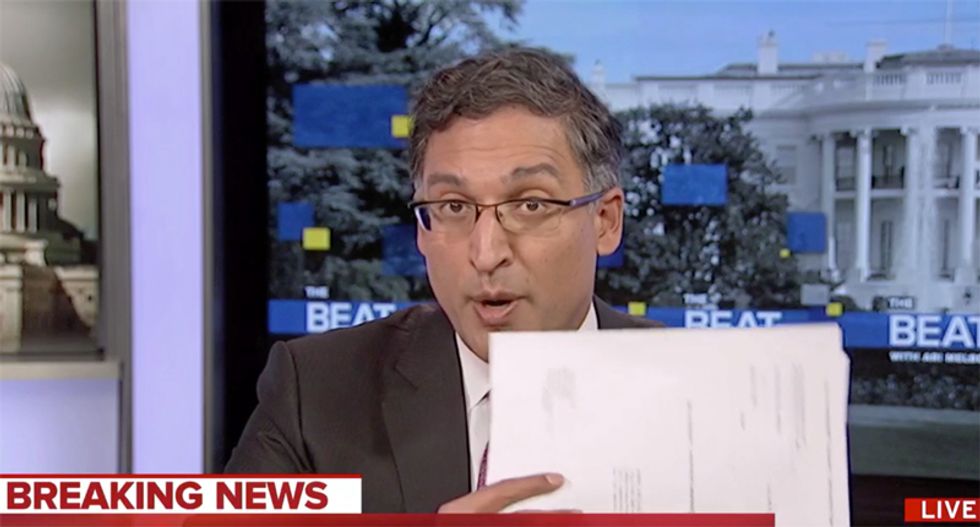 "To me, the big news tonight is not about Michael Cohen, it's not about Paul Manafort, it's about one person: Donald Trump," Katyal explained on MSNBC. "And this filing that you just started to highlight that was made today in the Michael Cohen case really does -- for the first time you have federal prosecutors essentially saying that Donald Trump committed a felony."

He noted the key document was not the one filed by special counsel Robert Mueller.

"This is not a document by Mueller, this is filed by Trump's own Justice Department, by the Southern District prosecutors in New York," he noted.

"What you're speaking to is the language of direction, you're saying legally makes Donald Trump -- in the eyes of these prosecutors -- culpable for criminal campaign finance violation Cohen has admitted to?" MSNBC anchor Ari Melber asked.

He explained that the only reason Trump has not been criminally charged is because of Department of Justice guidelines against indicting a sitting president.

Melber read Katyal the defense Trump offered on Twitter, where he claimed vindication.

"Yeah, I'm not sure he's read the filing," Katyal predicted.

"So I think if you just read those three pages of the filing, you add them up, it's a pretty damning document and no one I know would want to be 'cleared' in this way," he said, gesturing scare quotes when he said the word cleared.

Katyah suggested Trump was, "willfully reading things that he's seeing and saying, 'oh, you know, this isn't a big deal, I'm totally cleared.' But the words are the words, and the words are really darn damning right now," he concluded.

"And if I'm the president I am beside myself and frightened," he predicted.

"I know the president has capacity for self-delusion, but this one is a hard one -- those words are black and white on the paper," he added.