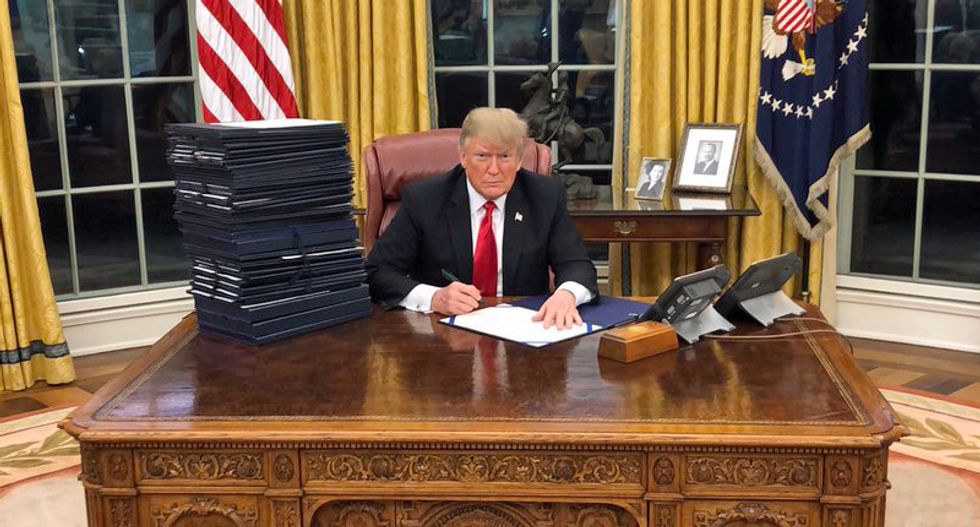 The morning after the third government shutdown of 2018 began, former Rep. David Jolly (R-FL) slammed President Donald Trump and far-right media personalities during an appearance on MSNBC's "AM Joy" with host Joy Reid.

"For three years, starting with the presidential campaign and rally after rally ever since, Donald Trump has been telling his supporters that he would build them a great big wall across the southern border to keep the people out that they want to keep out and that Mexico would pay for it," Reid reported. "And based on their eager chanting along -- all of which is on tape, as you just heard -- it's clear his supporters definitely understood and affirmed their leader, Donald Trump, the president of the United States, promised them that Mexico would pay for his wall."

"Of course, the majority of Americans knew all along, that was not going to happen -- past and present leaders made it clear Mexico was never going to do no such thing," she continued. "As of midnight plus one second, he and his political party have triggered a government shutdown to try to force you, the American taxpayer, to pay for the Trump wall."

Trump had reportedly agreed to the deal, but reneged after pushback by a handful of conservative media pundits.

"So first, let's notionally be worried that the president is so influenced by three or four talk show hosts -- that in itself should give us reason to worry," he warned. "But this whole narrative is one that the president has bumbled from the beginning."

"He has been a terrible politician on this issue. As simple as the message was at his campaign rallies, the reality is in executing, he could have declared victory already but he screwed the entire thing up," he concluded.