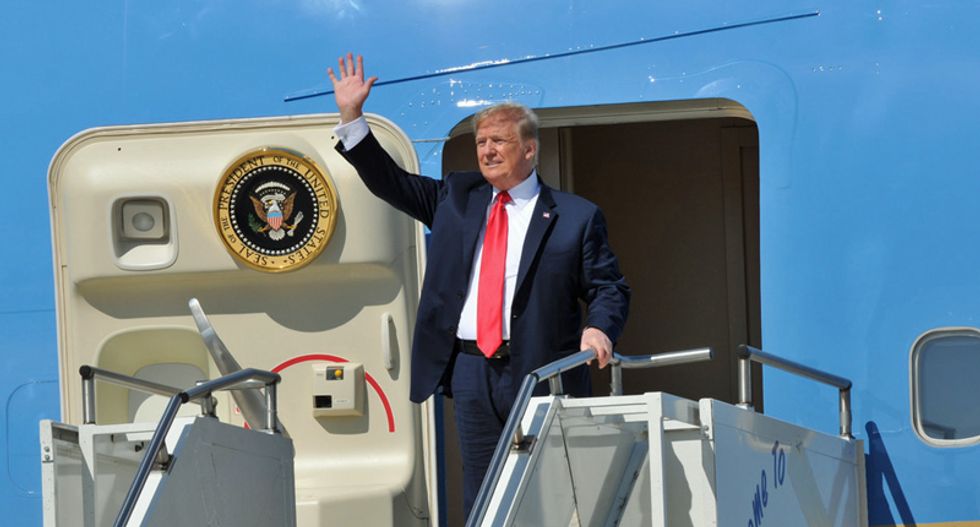 The former acting Solicitor General of the United States during the Obama administration counseled President Donald Trump to cut a deal with federal prosecutors to resign from office to avoid criminal prosecution.

Neal Katyal joined guest-host Ali Velshi on MSNBC' "All In" on Monday evening.

"The question is whether or not, at some point, Donald Trump faces justice," Velshi noted. "And maybe that's while he is the sitting president of the United States, or maybe it's right afterward. What's your best guess?"

"Yeah, so I think it could be either," Katyal replied.

"I think he has to know that even if he wants to play this get out of jail free card about sitting presidents, he's not going to be the president forever," he explained. "There is not going to be a statute of limitations defense that is going to clearly work for him."

"So he knows he's facing the serious prospect of time behind bars," Katyal concluded.

"And really, the card he has left to play is resign and avoid a criminal trial," he counseled.

"And I think that that's going to become an increasingly likely possibility as the facts come out and as the American public realizes, they've got a guy in office who has lied to the American people, committed felonies, and is in deep violation of his oath, to take care that the laws be faithfully executed and uphold the Constitution of the United States," he added.