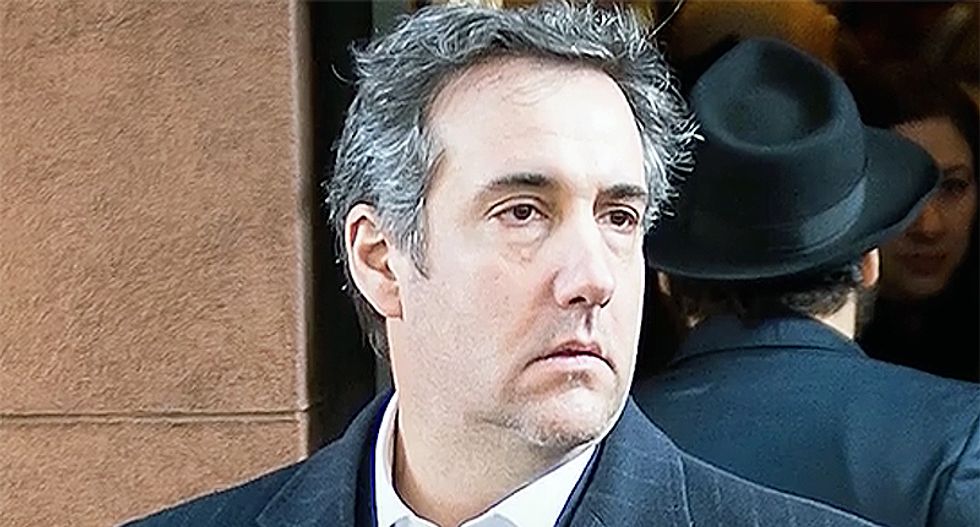 "As set forth herein, consideration of the factors set forth in 18 U.S.C. § 3553(a) weighs heavily in favor of a substantial term of imprisonment," the memo reads. "In particular, the nature and seriousness of the offenses and the need to promote respect for the law and afford adequate deterrence are especially weighty considerations."

The memo was filed by prosecutors in the Southern District of New York.

"His actions suggest that Cohen relished the status of ultimate fixer – a role that he embraced as recently as May 2018. Cohen was driven by a desire to further ingratiate himself with a potential future President—for whose political success Cohen himself claimed credit—and arranged for the payments in an attempt to increase his power and influence," the memo argued.

"Cohen’s criminal violations of the federal election laws were also stirred, like his other crimes, by his own ambition and greed. During and after the campaign, Cohen privately told friends and colleagues, including in seized text messages, that he expected to be given a prominent role and title in the new administration. When that did not materialize, Cohen found a way to monetize his relationship with and access to the President," prosecutors noted.

The document is 30 pages long and can be read here.