Fox News host lobs softballs at Trump during cushy interview: 'What do you love about being president?' 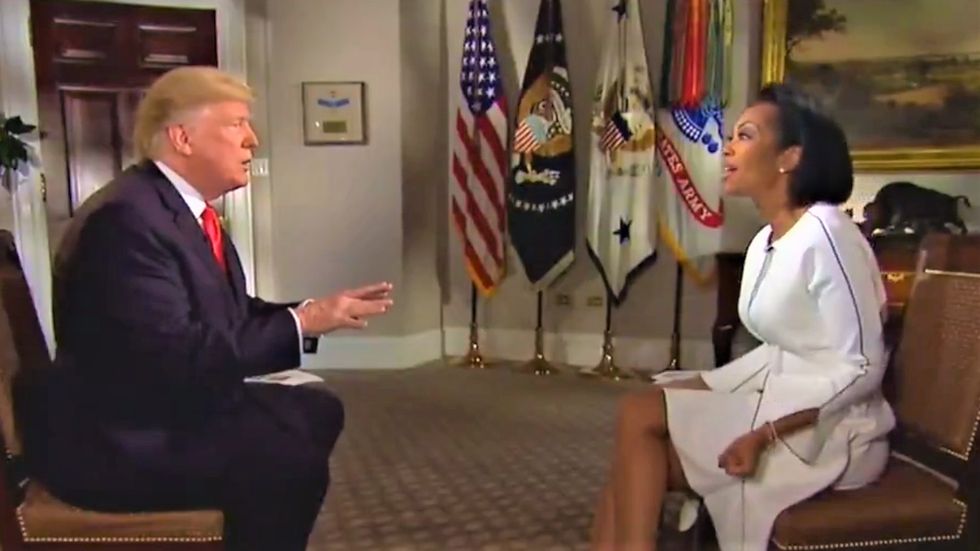 Fox News' Harris Faulkner had the opportunity to interview President Donald Trump on Thursday -- and she spent a good portion of her time letting the president swing at softball questions.

At one point in the interview, Faulkner asked Trump, "What do you love about being president?"

Trump replied that he "loved getting things done for the people," before going off on a tangent about what a "nasty job" it was because "I get hit so hard and so unfairly by so many."

Despite taking so much supposedly "unfair" criticism, however, Trump concluded that "my people love the job I'm doing."

Faulkner followed this up by telling Trump that "you have such energy for this," and then told him that "not every president would have worked six or seven days out on the campaign trail."

Check out this adversarial journalism from Harris Faulkner: "What do you love about being president?" "When you g… https://t.co/8kpmVXYVwZ
— Justin Baragona (@Justin Baragona) 1544725644.0