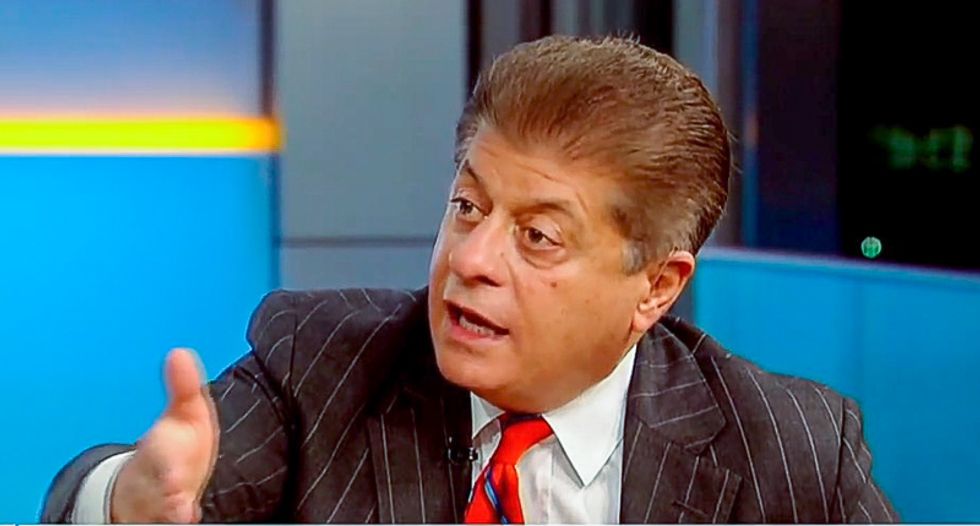 Fox News legal analyst Andrew Napolitano on Monday said he finds it impossible to believe that the U.S. Attorney's Office for the Southern District of New York will not at some point indict President Donald Trump.

While talking with Fox News' Bill Hemmer, Napolitano explained that the SDNY filing released last week indicated that Trump was in significant legal jeopardy, and he could not imagine the office making it without some plan to bring charges against the president.

Even though the United States Department of Justice has informal rules against indicting a sitting president, Napolitano explained that prosecutors would nonetheless have options at their disposal where they wouldn't have to simply drop the case.

In particular, Napolitano said that prosecutors could file a "secret indictment" against Trump that is hidden from public view to ensure that the statute of limitations on his alleged crimes does not run out.