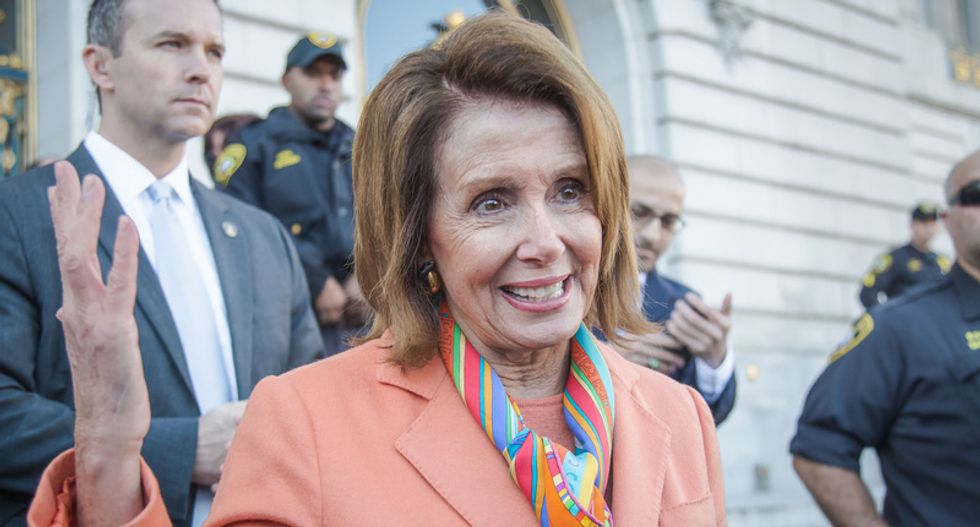 A Fox News panel on Thursday was forced to admit that Democratic leader Nancy Pelosi last week was right when she taunted President Donald Trump for not having the votes to fund his proposed border wall.

After playing a clip of Pelosi mocking the House GOP for lacking votes to fund their wall -- while also pointing out that many GOP lawmakers have already skipped town for the holidays -- Fox News' Harris Faulkner was forced to conclude that the California Democrat may have been right all along.

"So when she sat in the Oval Office with the president and said, 'You don't have the votes,' it's interesting that some of those Republicans didn't shore up and have actually... left already," she said. "So she was right about that, potentially."

Guest Lawrence Jones then said that Trump was in a very big bind because failing to secure funding for the wall would be breaking a core campaign promise.

"The president is getting steamrolled," he said. "The president is, essentially, not doing anything right now. He's letting their Democrats have their way on this issue."

Guest Adrienne Elrod shared Jones' opinion, and said the president's frantic moves on Thursday were his "last-ditch effort" to secure money for the wall -- but she said he's going up against "a defeated Republican caucus in the House" that doesn't want to help him.