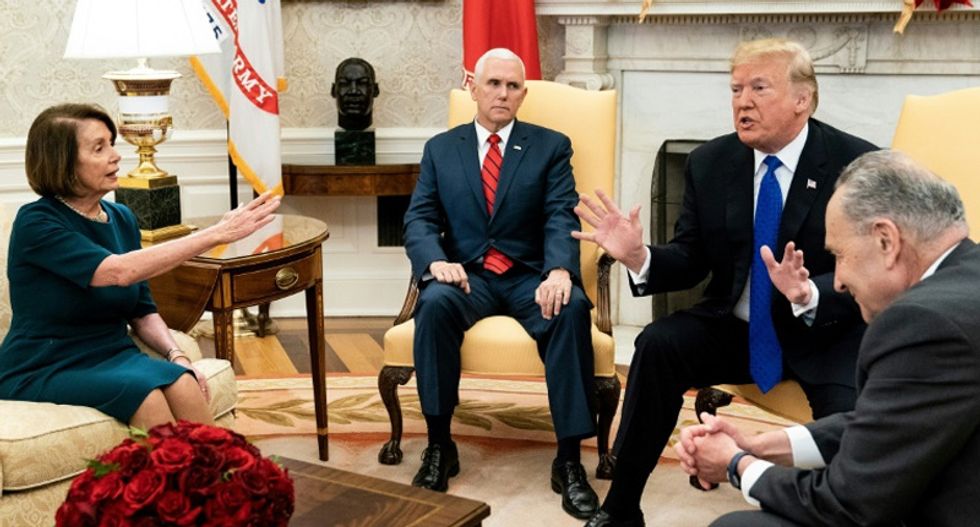 Fox News on Friday pointed out that President Donald Trump had previously insisted that he wouldn’t blame Democrats if there was a shutdown over border wall funding.

“At the moment, looks like we are lurching toward a shutdown at midnight tonight,” said Fox News' White House correspondent John Roberts.

Fox News then played a video of Trump saying he would shut down the government for border security.

“I’m not going to blame you for it,” Roberts said, quoting Trump. “Except this morning, he is now blaming the Democrats for it.”