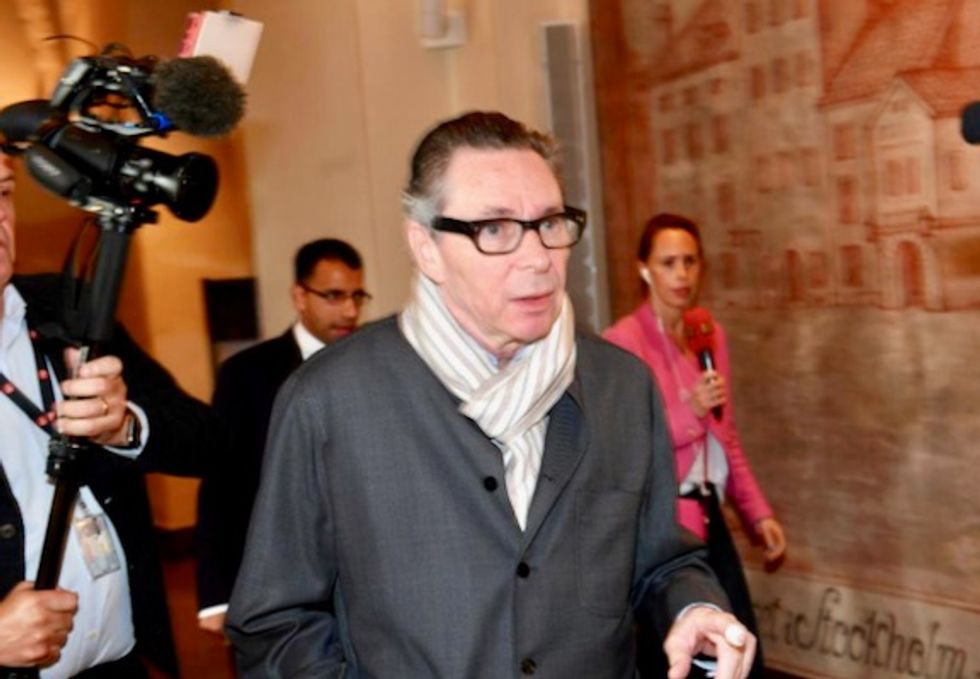 A Frenchman at the centre of a scandal that led to the postponement of the 2018 Nobel Literature Prize has appealed his rape conviction to Sweden's Supreme Court, the highest court said Thursday.

Once an influential figure in Stockholm's cultural scene, 72-year-old Jean-Claude Arnault was in early December found guilty by a Stockholm appeals court of two counts of rape against one woman and sentenced to two years and six months in prison.

The tribunal said it had given Arnault until January 28 to provide further argumentation for why the court should consider his case.

Sweden's Supreme Court only takes on cases that may set a legal precedent, or when there are exceptional reasons to reconsider a ruling.

Arnault, who has been locked up since his district court conviction in October, has made no public statement regarding his decision.

His was one of the first big trials to come out of the #MeToo movement.

Arnault is married to Katarina Frostenson, a Swedish Academy member who has rarely spoken out about the scandal that erupted in November 2017, one month after rape and sexual abuse accusations surfaced against Hollywood mogul Harvey Weinstein.

At the time, Swedish newspaper Dagens Nyheter published the testimonies of 18 women claiming to have been raped, sexually assaulted or harassed by Arnault.

The Frenchman ran the Forum club, which he founded in 1989 as a meeting place for the cultural elite and was popular among aspiring young authors hoping to make contact with publishers and writers.

The Swedish Academy, which funded his club for years, has 18 members and Arnault often referred to himself as its "19th member". He reportedly occasionally leaked the names of Nobel winners to friends.

The scandal left the prestigious body deeply divided over how to manage its ties with Arnault and his wife, with some members quitting the Academy.

His accusers claim the Academy was aware of Arnault's behaviour but ensured that "a culture of silence" reigned in cultural circles.

Discredited and without a quorum to make key decisions, the Academy postponed for one year the announcement of the 2018 Nobel Literature Prize, for the first time in 70 years.

Several allegations against Arnault were dropped due to lack of evidence or because the statute of limitations had expired.