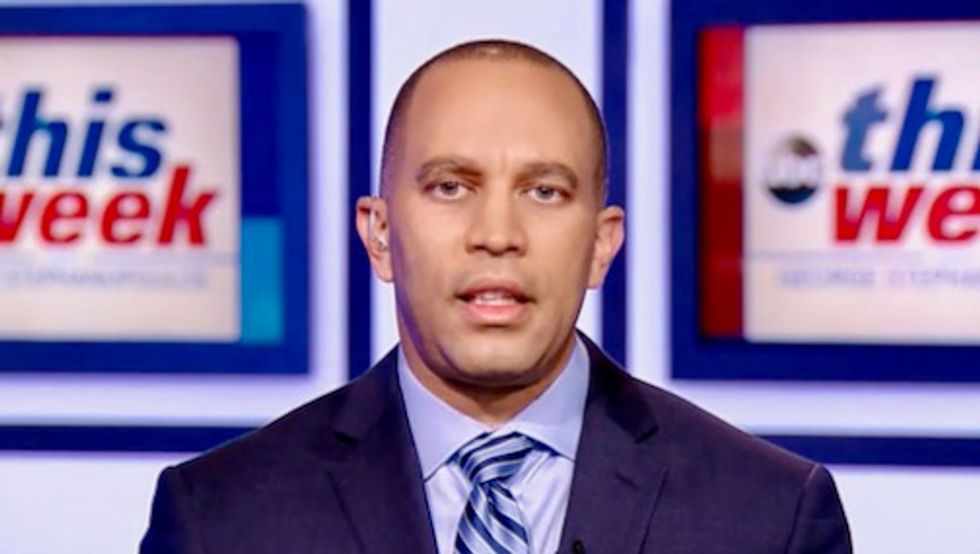 The incoming chairman of the House Democratic Caucus, Representative Hakeem Jeffries, had forceful words for President Trump over his request for a southern border wall, speaking out in response to Trump's Saturday tweet claiming that any deaths at the border were the fault of democratic immigration policies.

"Yes, we need comprehensive immigration reform. Yes, we need to enhance border security,” Jeffries told ABC’s “This Week." “But we are not willing to pay $2.5 billion or $5 billion and wasting taxpayer dollars on a ransom note because Donald Trump decided that he was going to shut down the government and hold the American people hostage,” Jeffries added. “That’s unreasonable.”

The government shutdown is predicated on the President's demand for $5 billion for a wall along the length of the southern border, a price tag that is sure to balloon. Democrats did offer $1.3 billion for a number of border security options, but Trump dug his heels in, forcing the Republican-dominated congress to shut down.

“AT ITS CORE, OUR RESPONSIBILITY IN GOVERNMENT IS TO MANAGE PUBLIC MONEY,” JEFFRIES SAID. “WE CAN EITHER MANAGE IT EFFICIENTLY OR WE CAN WASTE TAXPAYER DOLLARS. AND WHAT DONALD TRUMP AND THE REPUBLICANS WANT TO DO IS WASTE $5 BILLION IN TAXPAYER MONEY ON AN INEFFECTIVE MEDIEVAL BORDER WALL THAT IS A 5TH-CENTURY SOLUTION TO A 21ST-CENTURY PROBLEM.”

The government shutdown shows no signs of abatement, even though incoming house democrats are planning to move towards reopening the government soon after they take power. It remains to be seen if their efforts will be successful against a president unwilling to move off his signature demand.

View the exchange in full below: