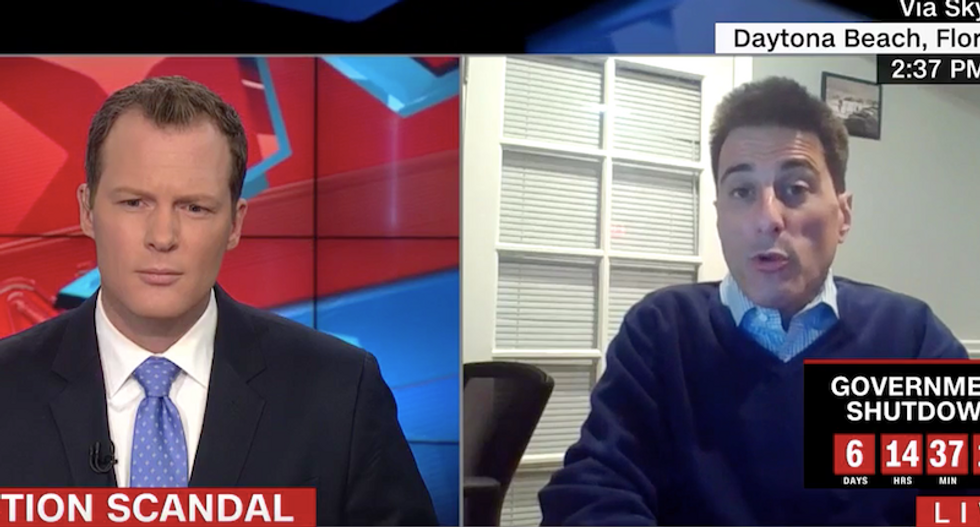 On Friday, the executive director of the North Carolina Republican party appeared on CNN to dispute charges that election irregularities improperly aided Republicans in the state during the midterm election.

A Congressional seat remains empty, after evidence emerged that a contractor may have improperly processed absentee ballots, favoring the Republican candidate. The North Carolina elections board dissolved Friday amid the controversy.

The exchange between Woodhouse and the CNN anchor grew heated, as the North Carolina Republican took issue with the stance that voter suppression in the state should be investigation, calling it a "never-ending fishing expedition" without merit.

"Well, simply being that we've had three weeks and the state board of election has not put forward evidence of these things," Woodhouse claimed. "These were rumor, innuendo. There were stories about thousands of ballots being destroyed.That didn't happen."

"Originally Godzilla was a lizard!" Woodhouse shouted, losing his temper as the CNN host pressed him on the issue.