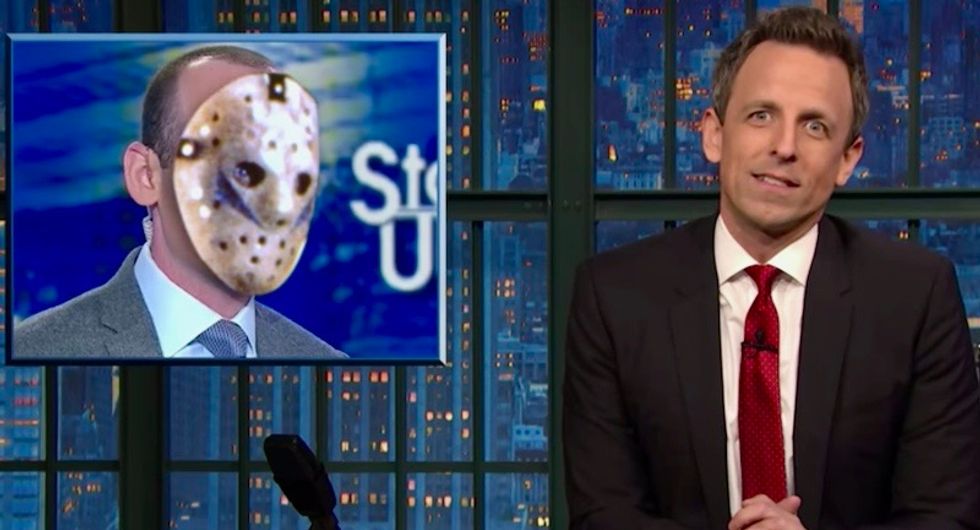 After a day of turmoil, Miller decided to go on CNN and make the president look good by comparison as he screamed at host Wolf Blitzer during a tense interview. Meyers said that Trump supporters think he is a genius despite the stupid mistakes he made.

Meyers went on to explain that Trump boarded Air Force 1 with toilet paper in his shoes, and said you can combat forest fires by "raking" the floor of the forest.

Meyers then went on to joke about how creepy Miller looks when he does TV appearances.

"Miller is the only person in the world who would look less creepy if he wore a hockey mask," he said.