'History please repeat yourself': Colbert jokes that Nixon resigned after retreats to Mar-a-Lago 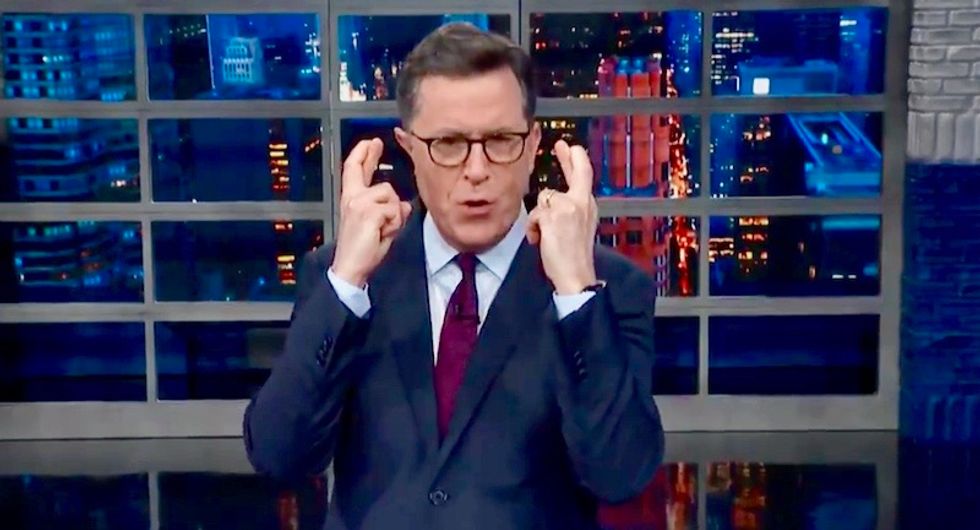 As senators worked to avert a partial government shutdown, Trump complained on Twitter that he was missing his vacation to sign new bills.

Trump was scheduled to go to his Mar-a-Lago resort for 16 days over the holidays.

"Coincidentally Richard Nixon went to Mar-A-Lago for a month before he resigned from the presidency. Please history repeat yourself, we did our part by not learning from you," Colbert joked.

Even though Trump missed his flight to Florida, First Lady Melania Trump and her son still went.

Washington, D.C. Mayor Muriel Bowser on Tuesday pushed back against Sen. Ron Johnson's (R-WI) suggestion that residents of her city don't deserve statehood because they have a greater interest in the federal government than other Americans.

The confrontation occurred during a hearing before the Senate Homeland Security and Governmental Affairs Committee.