House Intelligence Dem reveals the one question that could bust Donald Trump Jr. 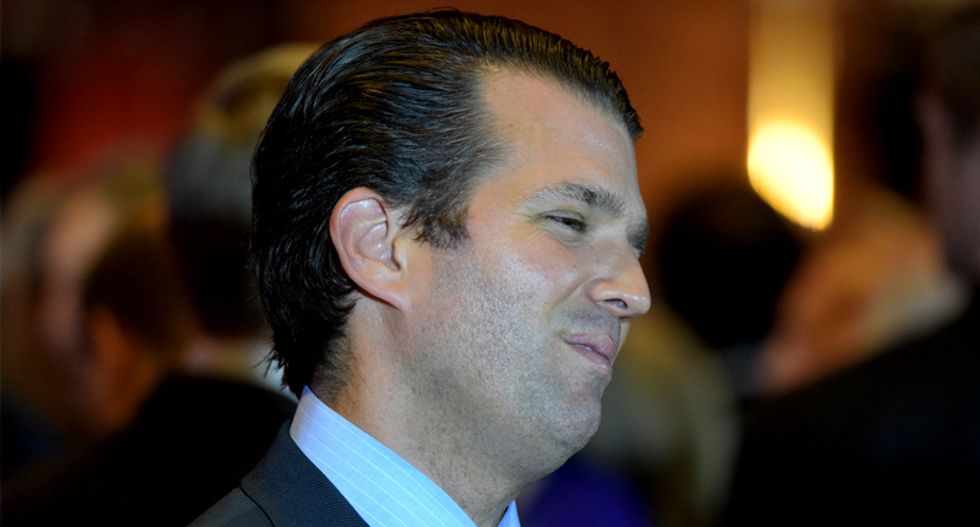 As Special Counsel Robert Mueller's Russia investigation closes in on President Trump, his family and his associates, much of the focus has shifted to their potentially false testimony under oath.

Although Speier couldn't reveal specifically how Trump Jr. misled lawmakers, she expressed surprise that he would so blatantly perjure himself.

"What's interesting about the testimony we have received from so many of the persons in the Trump orbit, when I first listened to their interviews and they swore under oath, I presumed that they were at least going to be telling the truth. And then it became obvious to me that that is not necessarily a part of — "

Harlow interrupted to press Speier on what she thought he lied about specifically, but the congresswoman replied that she didn't want to say until a proper investigation had been completed.

Speier also noted that she believes a blocked call Trump Jr. made after his meeting with Russian agents was to his father. Investigators will likely be able to access those records.

"Donald Trump Jr. will have to answer about the blocked call that was made by his phone to a party who I believe was probably the president after that meeting he had with a number of Russian operatives."