'This was a humiliation': Report shows how Trump's spiteful firing of John Kelly blew up in his face 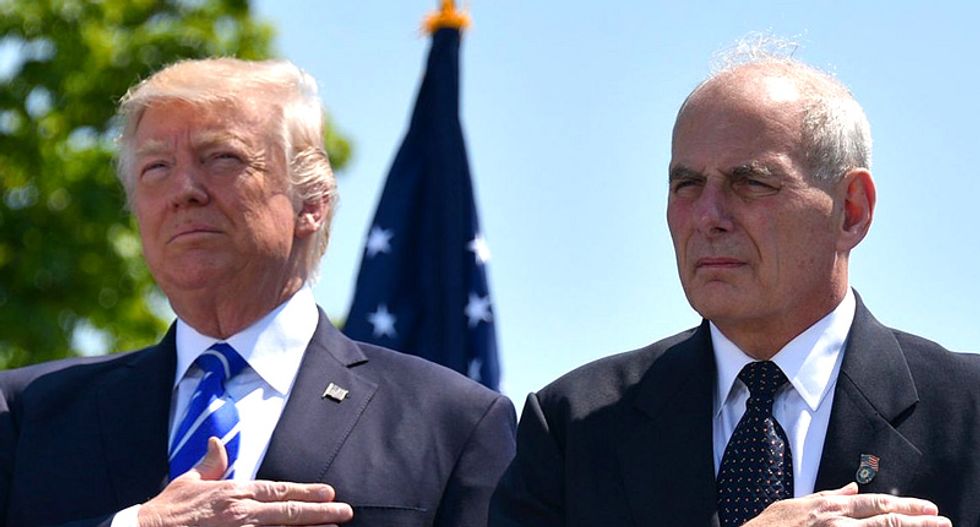 White House Chief of Staff John Kelly is finally leaving his role in the administration, but it's not clear who will be taking over.

And according to a new report from Vanity Fair reporter Gabriel Sherman, President Donald Trump has his own shallow spite to blame for this embarrassing state of affairs.

Sherman reported in a new piece Monday that the decision to oust Kelly and replace him with the vice president's Chief of Staff Nick Ayers was made on Friday, and Kelly himself was supposed to be able to make the announcement to the staff on Monday. But it all fell apart. Trump was reportedly angry that Kelly tried to force him to promote Deputy Chief of Staff Zachary Fuentes to become interim chief of staff. According to Sherman, Trump was also mad that Kelly had been "badmouthing" him.

So on Saturday, Trump announced to the press pool that Kelly would be leaving by the end of the year.

“John wanted to announce his own departure," one source told Sherman. "This was a humiliation,”

But then Ayers pulled the rug out from under Trump, According to Sherman, he insisted that, even after he had agreed to take Kelly's job, he would only stay in it for a few months, which was unacceptable to Trump. Sherman also found that Ayers was reluctant to endure the scrutiny — particularly of his conspicuous finances — that was bound to come with the job.

Now Ayers is out, and few others appear excited about the prospect of taking on the job in this White House. Perhaps most embarrassingly, Sherman reports Reince Priebus has been discussed a possible Kelly replacement — the first chief of staff Trump fired.