Israel's Netanyahu collaborating with far-right leader for a 'consensus view' of the Holocaust: report 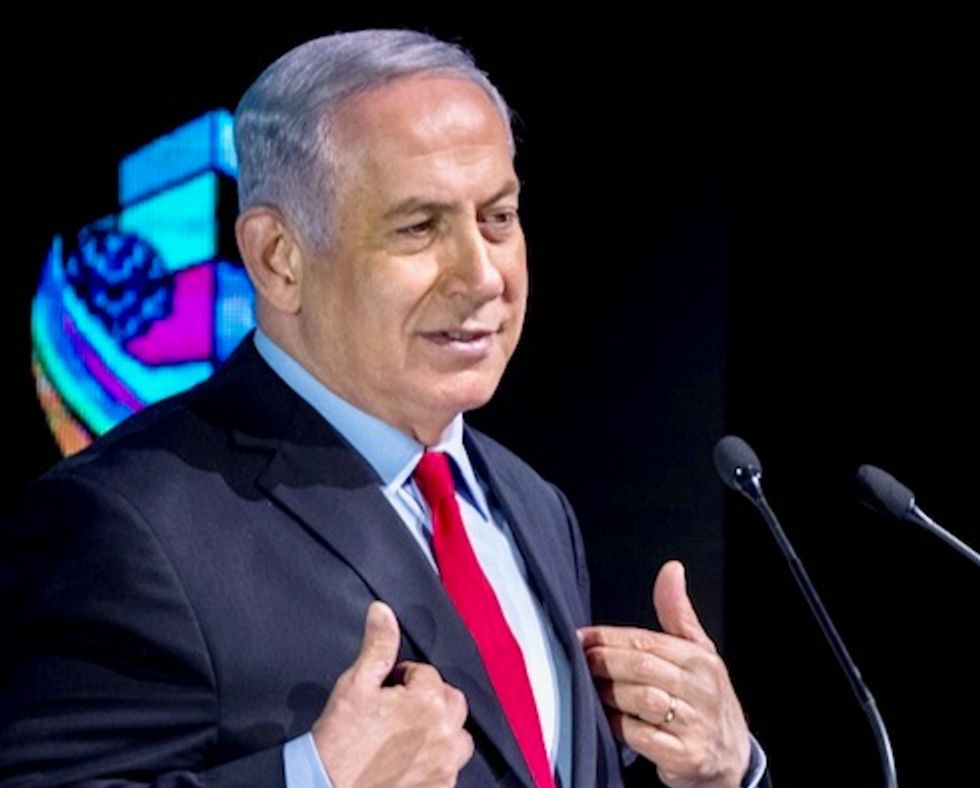 Israeli Prime Minister Benjamin Netanyahu criticises the police investigation that led detectives to recommend his indictment for corruption, during a speech in Tel Aviv on February 14, 2018 AFP/File / JACK GUEZ

Even as Jews in Europe and America have experienced a shocking rise in anti-Semitism in the Trump era, Israeli Prime Minister Benjamin Netanyahu is allying himself with world leaders on the far right, reports the Daily Beast.

Last week, the prime minister agreed to a "consensus narrative" about the Holocaust with Hungarian Prime Minister Viktor Orbán for a Holocaust Museum set to open in Hungary. The museum, called House of Fates, has been criticized for whitewashing Hungary's role in the genocide perpetuated against the European Jews.

Hungarian Jewish groups oppose the rewriting of history that appears planned in the new Museum.

"If Hungary adopts a concept and alternative content for the fateful home, they can present it to relevant bodies in Hungary and around the world, including International Holocaust Remembrance Association where Yad Vashem is active in the framework of the Israeli delegation to the organization,” the Yad Vashem institute said.

A historian associated with the group denounced the House of Fate in an op-ed published by the Times of Israel.

"Visitors to the House of Fates are to be shown and taught that, except for a tiny, criminal and fanatic minority, the citizens of Hungary were essentially blameless for what was inflicted upon their Jewish neighbors,” he noted. “To this patently misleading distortion, the concept’s planners have added a statistically disproportional over-emphasis on rescue attempts on behalf of Jews, by Hungarians. Thus, it is implied, that Hungary was actually a nation of rescuers. This is a grave falsification of history.”

Salvino returned the favor Tuesday, slammed the EU for their criticism of Israeli human rights abuses. "Whoever wants peace needs to support Israel," he said at a press conference.