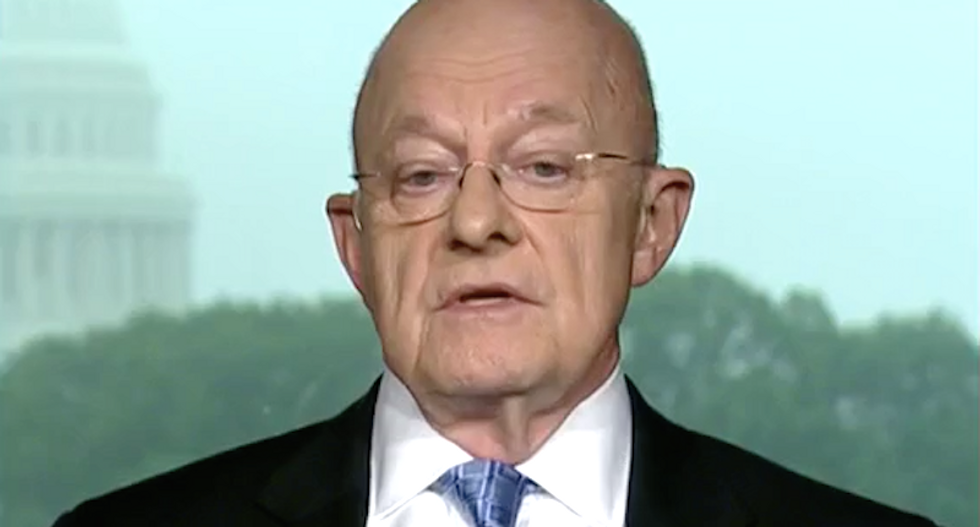 On Friday, the former Director of National Intelligence James Clapper appeared on CNN to talk about the resignation of Defense Secretary James Mattis, prompted by President Donald Trump's decision to pull US troops from Syria.

In Mattis's resignation letter, the general said Trump should appoint someone more aligned with his views on foreign policy.

"I found his letter stunning, but not surprising," Clapper said.

"I knew from the get go that this wouldn't last," he added. "Because Jim Mattis is a very principled man and that he'd have to leave."

Asked about Mattis's potential successor, Clapper warned that the president is likely to pick an official who doesn't stand up to him in the same way.

"My concern and the fear of a lot of people is that we'll end up with an echo chamber for the President, who does not like dissent, apparently," Clapper said. "That is not a healthy thing,"

He added that he can't see anyone qualified taking the job.

"I fear that there are a lot of great people, but I'm not sure they would want to take this on, unless they're an echo chamber for the President."

Earlier, CNN's Kate Bolduan wondered if the letter was a dog-whistle urging others to quit.

"A military official who regularly talks to Mattis called the letter of resignation a "dog whistle" to anyone in uniform, but particularly to the general officer corps that they should resign if they have issues with President Trump's policies."

Clapper would not go so far as to call Mattis's letter a dog-whistle, but he noted that the letter is a good template for others reconsidering their roles in the Trump administration.

"It's a message for anyone in this administration," he said. "Even in departing, Jim has set the model and I think others need to think about that."