Jemele Hill has no regrets about calling Trump a white supremacist: 'I thought I was saying water is wet' 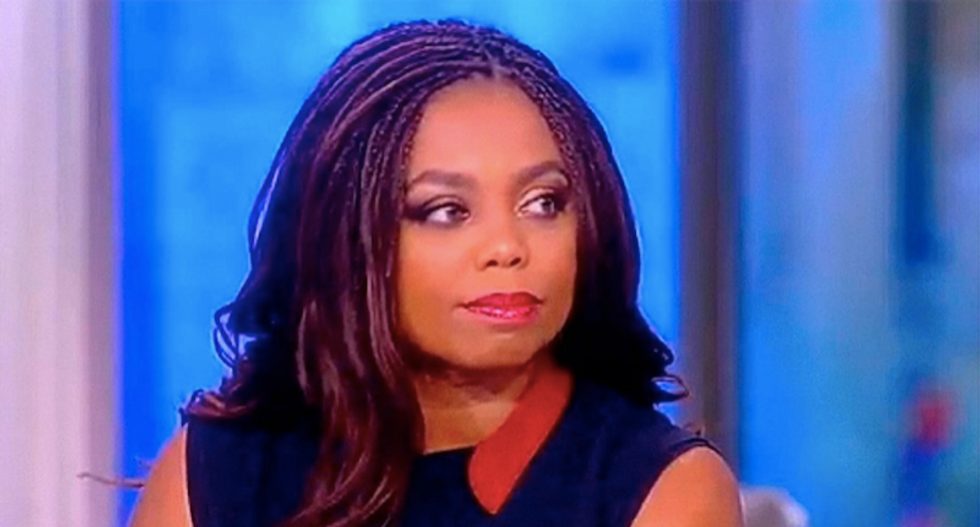 In September, sports journalist Jemele Hill parted ways with ESPN, her employer for over a decade. Hill had stirred up controversy in the company after making a series of anti-Trump statements, drawing criticism that she was politicizing the sports channel.

Hill got in trouble when she called Donald Trump a white supremacist on Twitter last year. In a podcast called “South Beach Sessions,” Hill says she doesn't regret her statement, which seemed obvious to her at the time and she still sticks by it.

"I thought I was saying water is wet,” Hill said. “I didn’t even think it was controversial.”

She explained further that Trump's white supremacism had seemed like old news to her by the time she called him that on Twitter.

“I was in the middle of a Twitter conversation, I was replying to somebody. If I was really trying to make a bold statement, I would have added the damn president. I didn’t, I was just talking casually with somebody,” she said. “It wasn’t even original. That’s what is so crazy. I got famous for saying something that wasn’t original. It wasn’t new. It was not breaking news. I thought we all decided this after Charlottesville.”

She said she was willing to accept the consequences of her words.

“I knew almost immediately that, if I did face some kind of permanent discipline, if I did lose my job, if I was immediately suspended, I was OK with it,” she said.