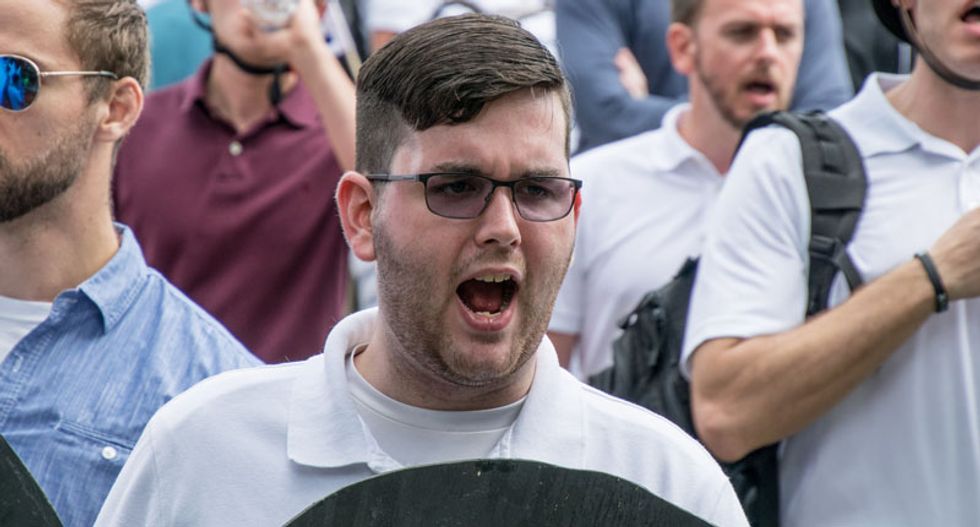 A jury in Charlottesville, Virginia, will begin deliberations on Friday in the murder trial of a man who rammed his car into a crowd of counter-protestors at a far right rally last year, killing one activist.

Hundreds of white nationalists, white supremacists and neo-Nazis gathered in Charlottesville in August 2017 to demonstrate against a plan to remove a statue of a Confederate general. The night before the car-ramming, they staged a torch-lit march, chanting racist and anti-Semitic slogans.

During his two-week trial, prosecutors said James Fields, 21, was motivated by hatred toward the counter-demonstrators, while the defense argued that he was fearfully reacting to a violent situation after supporters and counter demonstrators fought pitched battles using rocks and pepper spray.

Defense attorneys never disputed that Fields was behind the wheel of the Dodge Charger that sent bodies flying when it crashed into a crowd on Aug. 12, 2017, killing counterprotester Heather Heyer, 32 and injuring 19 others.

Instead, they suggested he was intimidated by a hostile crowd and acted to protect himself.

U.S. President Donald Trump was strongly condemned from Democrats and Republicans alike for saying afterward that “both sides” were to blame for the violence.

Urging jurors to find Fields guilty of murder and nine other charges, prosecutor Nina-Alice Antony said in closing arguments Thursday that Fields had had no reason to be afraid but that he had come to the rally from Ohio intending to harm others.

But defense attorney Denise Lunsford countered that Fields’ behavior was defensive in nature, telling jurors: “James’ actions were impacted by everything else that was going on.”

Asking the jury to find her client not guilty of all charges, Lunsford said when he was arrested, Fields told police, “I’m sorry I didn’t want to hurt anyone. I thought they were attacking me.”

Fields, who did not take the stand to defend himself, could face life in prison if convicted of murder.