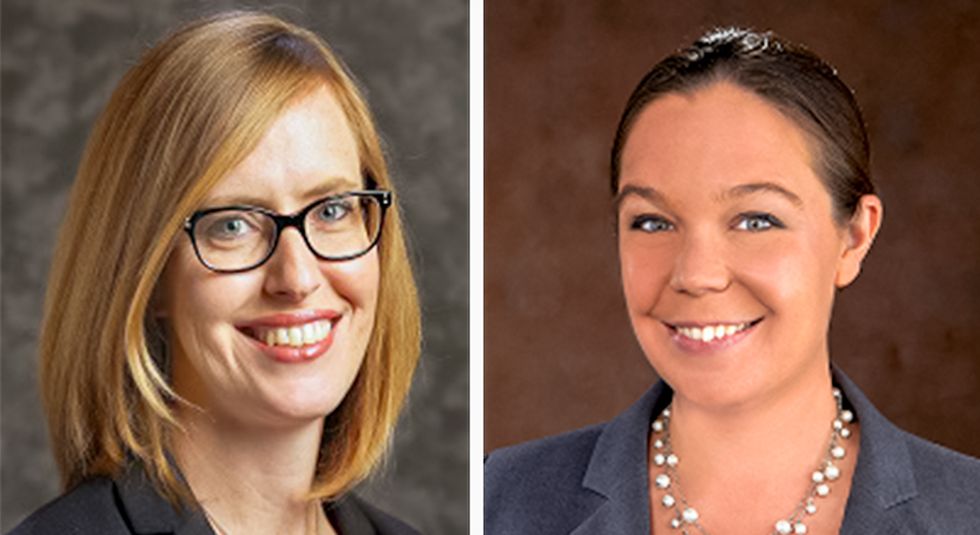 Two Republican lawmakers in Kansas this week aligned themselves with the Democratic Party.

Kansas state Sen. Dinah Sykes and state Rep. Stephanie Clayton both announced on Wednesday that they were leaving the Republican Party, according to The Topeka Capitol-Journal.

“I strongly believe elected officials should serve the people they represent,” Sykes said in a statement. “That belief drove me to run for office. I ran for the Kansas Senate to protect the Kansas quality of life and to bring common sense to Topeka. At this time, I feel like I can either fight to change the Republican party or fight for the state I love and the people I serve. I think I can better serve my state and constituents as a member of the Democratic Party.”

Clayton said that she made her move to the Democratic Party after Republicans failed to increase school funding.

"Recent moves to support chaos in public policy have caused me great concern,” Clayton said. “Johnson County is the economic engine of the state and the fuel for that engine is our education system. I believe that I can better serve my constituents and support education as a member of the Democratic Party."

Clayton told KCUR that she had initially hoped that the right-wing takeover of the Republican Party would be a "blip."

"(But) I've been in this a long time and things are not blowing over," she explained. "Things have not changed. They appear to be getting worse."

Earlier this month, Republican state Sen. Barbara Bollier also announced that she had flipped her affiliation to the Democratic Party.