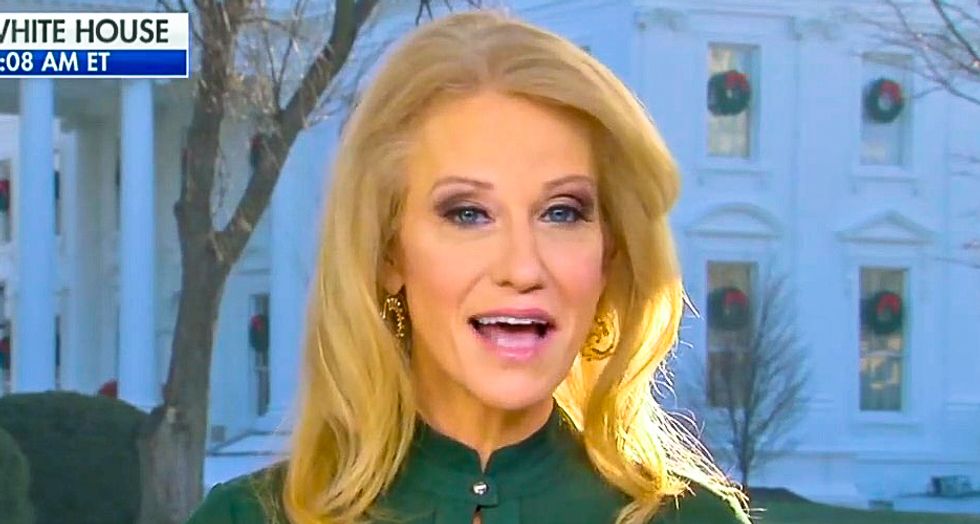 Kellyanne Conway, counselor to President Donald Trump, said on Tuesday that the White House is conducting "business as usual" even though court filings suggest that the president could be indicted when he leaves office.

During an interview on Fox News, host Bill Hemmer asked Conway how the president was coping with the fact that federal prosecutors have accused Trump of violating campaign finance laws. Special counsel Robert Mueller also appears to be building a case for indicting Trump when he leaves office.

Conway, however, insisted that Trump has not been fazed by the recent developments.

"The president is great!" Conway said. "The president is doing his job as president and as commander-in-chief. He cannot be distracted and allow other things to get in the way of the democratically-elected president needing to keep us peaceful and prosperous in this country."

"He is excellent at doing that," she continued. "So over here, it's business as usual."