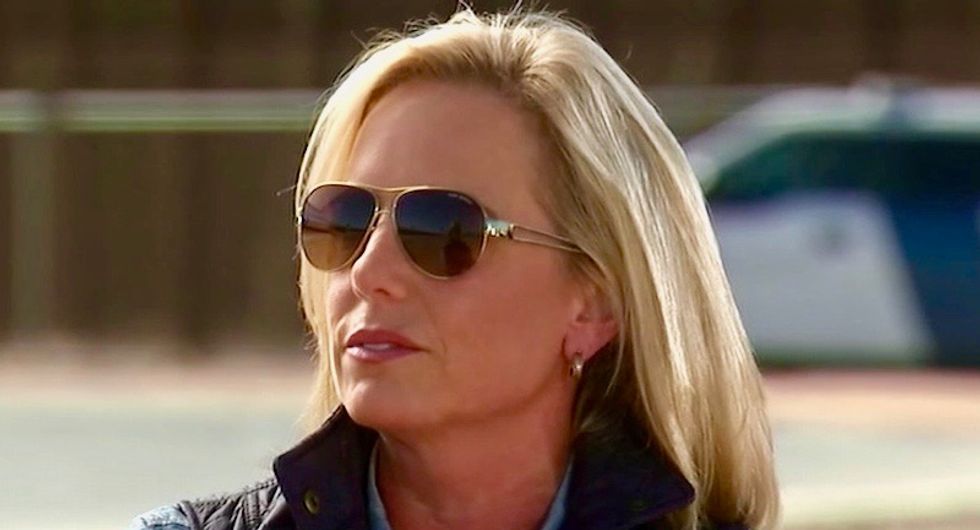 Department of Homeland Security Secretary Kirstjen Nielson was criticized on MSNBC for her incompetence in immigration policy.

"Secretary Nielson has accused asylum seekers of essentially trying to game the system," Radford noted. "Is there a sense of whether Secretary Nielsen and President Trump are actually opening the administration for even more legal challenges?"

"The problem with this administration, when it comes to the border, is twofold," he explained. "Number one is that the president and his administration have continually presented the situation on our southern border as one that has to do with illegal immigration. That's not the problem. The problem is we have so many asylum seekers from Central America arriving at the southern border to claim their legal right to humanitarian relief and our government is not prepared to process them, hold them and determine ultimately whether or not they will receive asylum."

"The second problem goes to credibility," he continued. "We have this president, in large part, because he campaigned about what he sees as the scourge of illegal immigration and repeatedly references undocumented people as being dangerous criminals, the caravan as a threat."

"What we see -- Secretary Nielsen down at the border now, doing in my view, some damage control, when she testified before Congress recently, she did not know when asked, she did not know how many people had died in custody," he continued.

"She couldn't say how many people had died under her tenure as DHS chief -- she didn't know," he explained. "She didn't even know the number of ports of entry along our southern border. She took a guess at 20, it's actually 48."

"That's something every Border Patrol agent knows," he added.

"To remind people, this is the same Department of Homeland Security secretary who back in the summer told the country that the Trump administration did not have a policy of separating families and children -- which we all know now was false," he added. "So those are two big hurdles that this administration has where they're trying to wrap themselves around this new crisis, largely of their own creation."