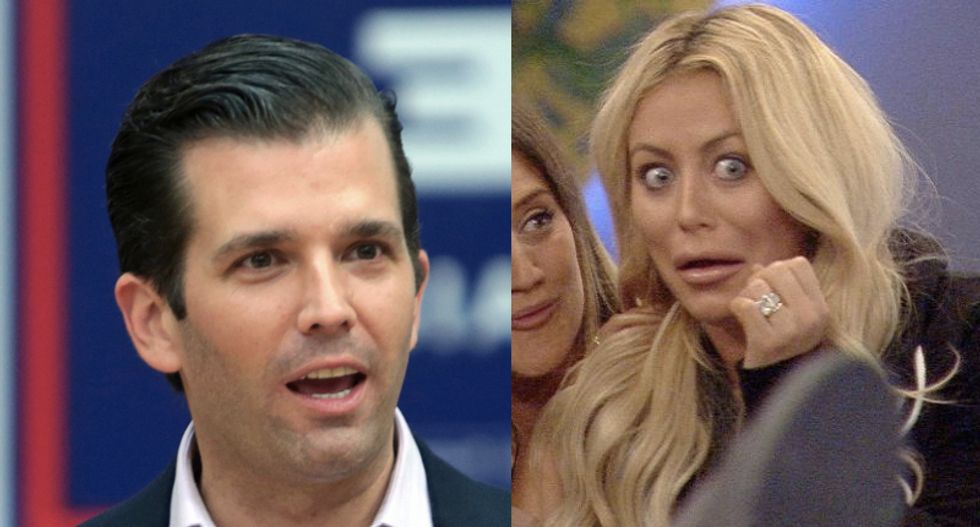 Flynt is holding a New Years Eve soiree for Trump Jr.'s birthday at his Las Vegas club and is advertising Aubrey O'Day as the performer. O'Day was a contestant on "The Apprentice," in 2006. The two carried on an affair until 2012.

When his wife Vanessa saw sexual text messages between the two on her husband's cell phone, the affair ended. The two announced their divorce earlier this year. Don Jr. has been dating former Fox News personality Kimberly Guilfoyle.

Flynt even went so far as to invite the president to the event.

“You and your family have done so much for this country that we at the Hustler Organization want to show our appreciation by throwing Donald Trump Jr. a birthday party he will never forget,” he wrote in a tongue-in-cheek letter.

We literally booked Aubrey just to f*ck with the president.”

After the break-up, O'Day confessed she "dodged a bullet."

See the invitation below: 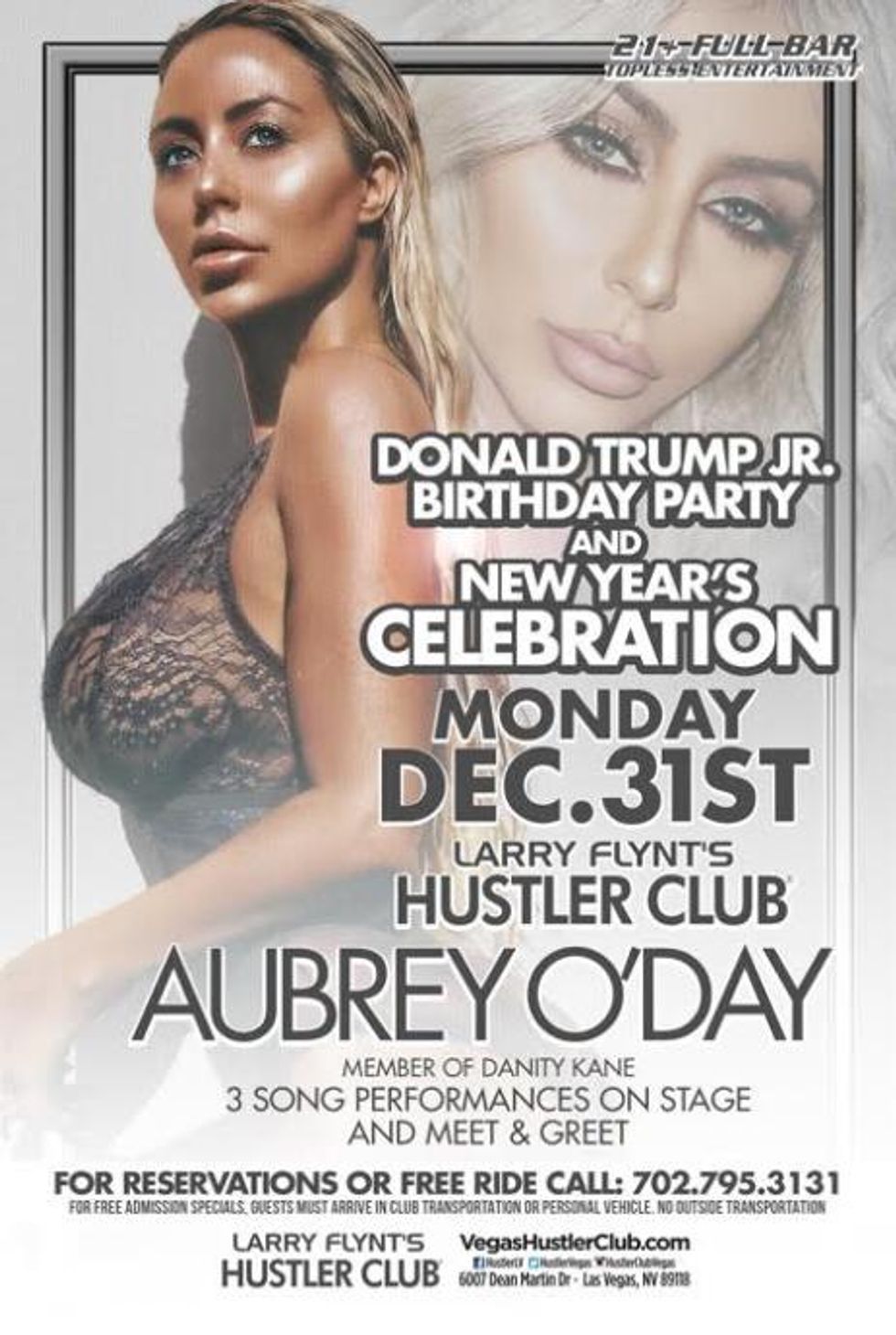