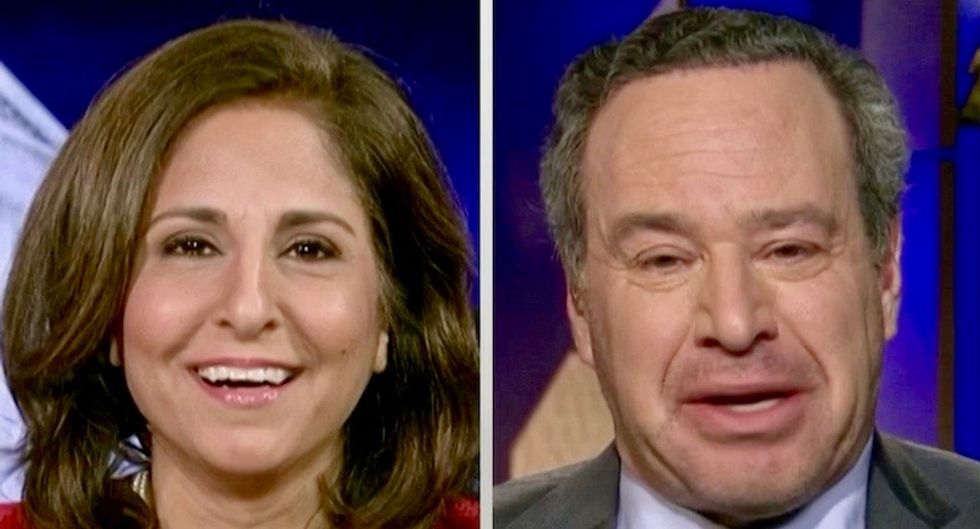 On Friday, CNN reported that President Donald Trump repeatedly lashed out at his new acting attorney general over his inability to reign in the investigation into Michael Cohen which revealed that prosecutors believe Trump committed several felonies.

The entire panel agreed that Trump probably did seek top interfere in the Cohen plea, and that he likely also is guilty of the crimes he's been accused of.

"He said openly that he wants his attorney general to protect him," said Tur, setting the stage for the discussion. "He claimed that Eric Holder protected President Obama and that's what he thought Jeff Sessions would do. That's why he was so upset with Jeff Sessions. Matthew Whitaker is a guy that went on cable television and lambasted the Robert Mueller investigation. He called it a witch hunt and used the words that the president is fond of using. Now he's the acting attorney general. He's refused to recuse himself."

"The question is if you're Matthew Whitaker and you're in that position and you want to remain in a place where you're consistent with the law and you're not eventually prosecuted yourself, how is it that you don't fulfill the requests of the president?" said Allen. "Because while the president can't be prosecuted under the Justice Department guidelines, there's no such opinion about the acting attorney general. And so Matthew Whitaker's in a really bad place if the president is asking him to potentially get involved in things that might be looked at by prosecutors as obstruction of justice."

"The question we always talk about on cable TV is, 'What should the president do?'" said Frum. "There's really only one credible answer which is: Be less guilty... There no good answers here. Be less guilty, or you're going to be in a lot of trouble."

"It's human nature to try and find a complicated answer to a very simple question," said Tur. "Could it be that he just did something wrong and he is very guilty, and he is trying to hide it? Do we need to keep twisting ourselves around?"

"Over his previous 40-year career as a real estate developer in New York he was guilty of a lot of things," said Frum. "He's just guilty, all the time. He's just always guilty, and so that doesn't mean that each and every thing that he's accused of, that he's guilty of that thing. But he's been guilty of so many things that just the law of averages tells you that the next thing he's probably guilty of that, too."