'The mask was ripped off': MSNBC's Rachel Maddow reveals how Trump tipped his hand on Mueller today 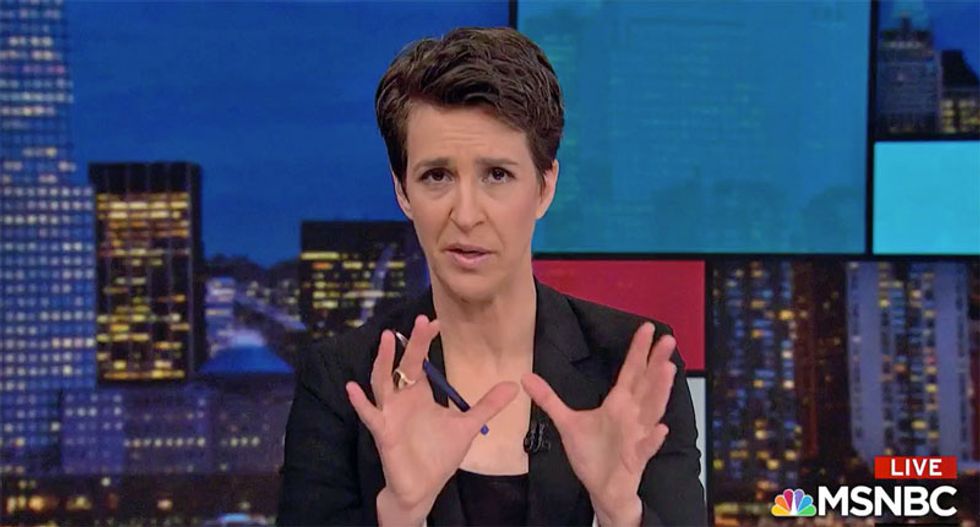 MSNBC's Rachel Maddow outlined Thursday how Donald Trump has shown his cards in his plan to quash special counsel Robert Mueller's investigation -- even as it reaches its ends.

The host noted that there were "many twists and turns" surrounding Acting Attorney General Matthew Whitaker's decision to not recuse himself from the Mueller investigation in spite of a number of public comments he made criticizing the probe.

"The Justice Department put out an initial exculpatory story and had to retract it and later put out the real story after anonymous officials corrected the record about what happened," Maddow said.

As the Washington Post reported earlier Thursday, Whitaker was told by ethics officials that he should recuse -- but a panel of advisers he assembled told him not to.

"On the issue of the Russia investigation, after a rip-roaring couple of weeks, of very dramatic courtroom development driven by the special counsel, the mask did sort of get ripped off today in terms of how the president intends to try to get at the special counsel's investigation from inside of the Justice Department," Maddow said.

Maddow then read from a New York Times article expanding upon the threat Whitaker now poses to the Mueller investigation.