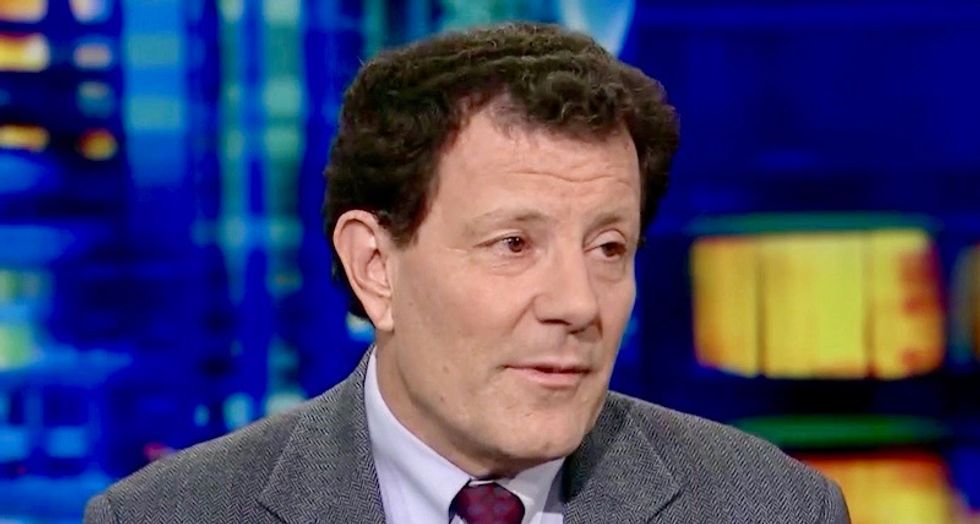 On Thursday, President Donald Trump's Defense Secretary Jim Mattis abruptly resigned after what was reportedly a heated confrontation about Trump's plan to surrender in Syria.

CNN's Don Lemon had two New York Times columnists, Nicholas Kristof and Frank Bruni, on his show to discuss where the Trump administration stands after losing one of its most respected officials.

"Is this administration melting down?" asked Lemon.

"That phrase has been in my head all day," said Bruni. "You said it's a monumental night a few minutes ago. There is no hyperbole in that. I sit here and feel anxious and fearful and sad about the country, because the way this president is behaving, and all the things you just mentioned, it does feel like we're on the precipice of something bad—if we're not there already."

Unlike other defections in Trump's turnover-heavy cabinet, this one seemed like a major loss, said Bruni.

"Jim Mattis was the best of this administration. This is not an administration that is overloaded with talent. He was the pinnacle of the administration and he was trying to stay in that job as long as possible, as long as he felt that he could make a positive effect on President Trump and he is seeming to say that this president is ineducable," he said. "And when you hear that it's impossible not to feel great fear about the direction of this country."

"When President Trump took office, there were competing theories. One is he would learn more about the world. That he would be restrained by advisors and gradually grow into the position," Kristof said. "And the other was that he would gradually shake off the constraints and go his own way. Clearly, the second course has taken effect. At the end of the day, I think he's domestically constrained by institutions, by Congress, by laws—and the area where he has, the president has the greatest autonomy, of course, is international affairs."

Things will only get worse without Mattis, the "proverbial adult in the room," Bruni said.

"We're left with even less talent in this administration," Bruni said. "This administration can't find a new chief of staff. It just can't attract top talent and that's because—you mentioned pettiness before. It's because of the way Donald Trump behaves and treats people. He has joked that he only gets the best. He has no access to the best because the best don't want to have anything to do with a culture this chaotic and this ungrounded."