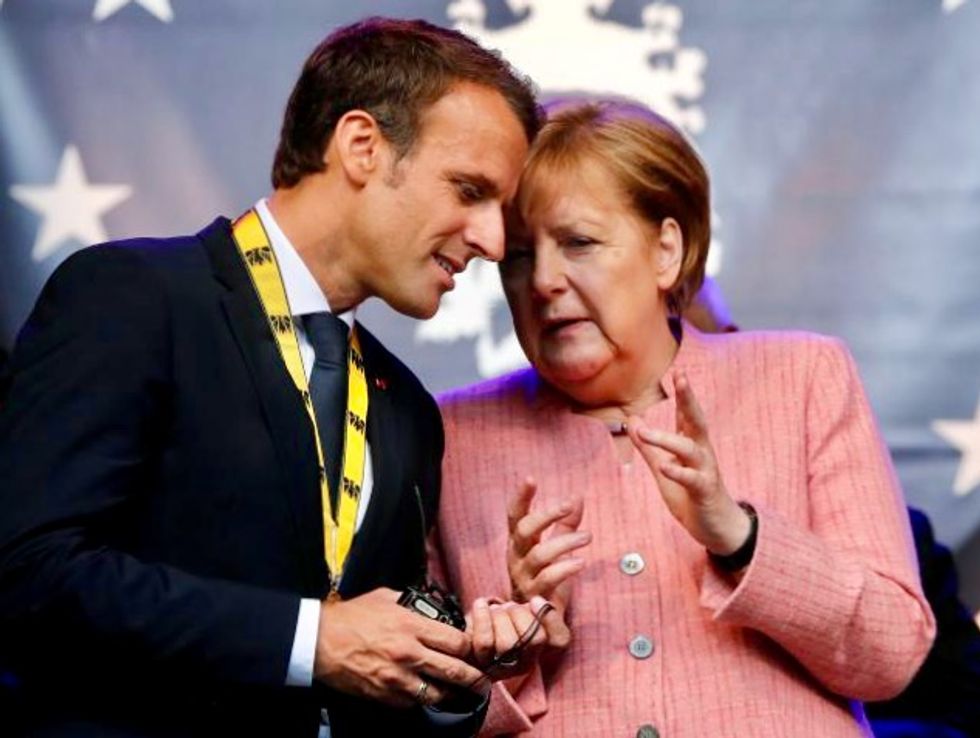 German Chancellor Angela Merkel and French President Emmanuel Macron demanded on Friday that Russia release Ukrainian sailors who were seized along with their ships last month.

“We demand safe, free and unimpeded transit for all ships through the Kerch Strait and the immediate and unconditional release of all illegally detained Ukrainian seafarers,” Merkel and Macron said in a joint statement.