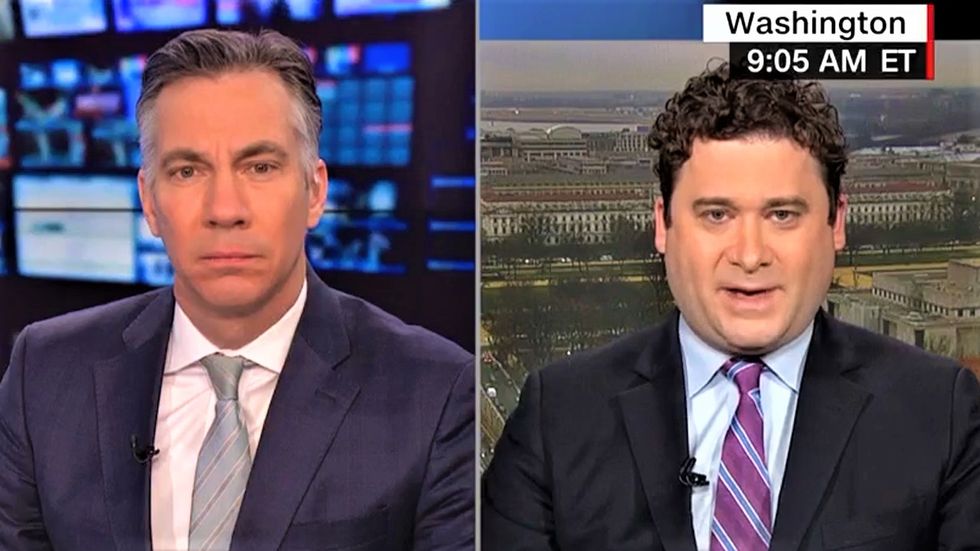 President Donald Trump's abrupt decision to withdraw from Syria stunned lawmakers around Washington D.C. on Wednesday -- and some key leaders such as outgoing Sen. Bob Corker (R-TN) even said they learned about Trump's order through his tweet.

Speaking with CNN on Thursday, Washington Post columnist Josh Rogin said that every military leader he's spoken with was deeply disturbed by the way the president overrode the advice of his own national security officials in making his decision to immediately pull out of Syria.

"We've known that he has long wanted to pull U.S. troops out of Syria," Rogin said. "But there's no explanation I've heard from people within the administration that explains why he did it this way, why he did it without consulting the commanders on the ground... I was talking to a lot of officials who are dealing with this on a logistical and military level who are all freaked out and pissed off."

Rogin went on to say that these officials "now feel that they are being ordered to implement a policy that they believe will harm U.S. national security." He also said Trump had "gone rogue" on his own advisers and "tossed allies under the bus."