MSNBC conservative unloads on Trump’s ‘shameful’ Iraq visit: ‘He insulted his own country and the troops' 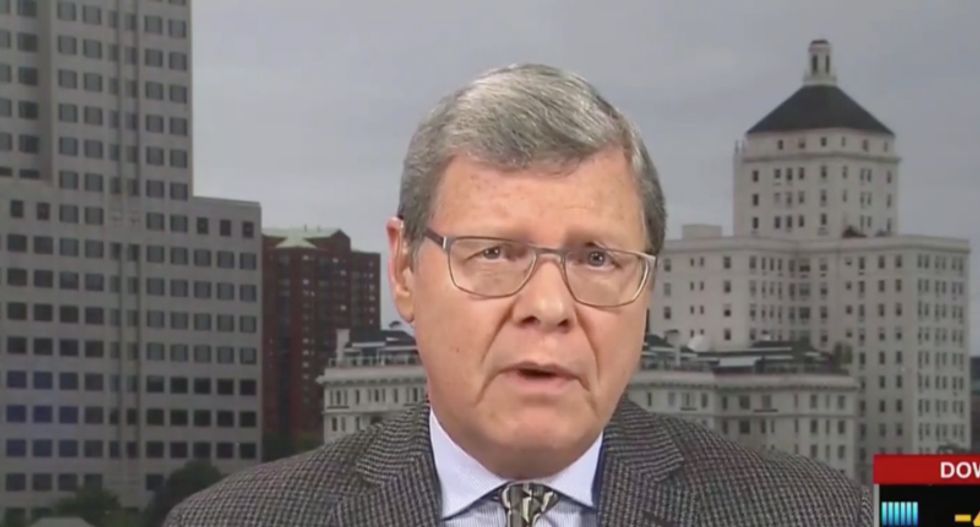 MSNBC conservative political commentator Charlie Sykes said Thursday that President Donald Trump's partisan remarks in Iraq obviated any good his visit may have represented, saying the president had behaved in a "shameful" manner.

"So much for 'politics ends at the water's edge,'" remarked host Ayman Mohyeldin, after airing footage of Trump telling U.S. troops that Democrats "don't want to let us have strong borders" simply out of spite, which is a lie. "Was that the place to try to score political points?"

"No, absolutely not," said Sykes. "This was particularly shameful, and the president could have shown leadership as commander in chief, instead he turned that into something that was indistinguishable from a campaign rally."

Sykes blasted the president for telling the troops he gave them a pay raise -another lie- and for his blatant partisanship, but he saved particular bile for Trump's disdainful remarks about the United States.

"He really insulted his own country and the troops that have served and made sacrifices by referring to them as suckers," Sykes said. "I give him credit for going to Iraq, but the actual performance there was shameful."