MSNBC’s Hallie Jackson predicts another bombshell after Trump's rant: Last time he was this crazy Michael Cohen got nailed 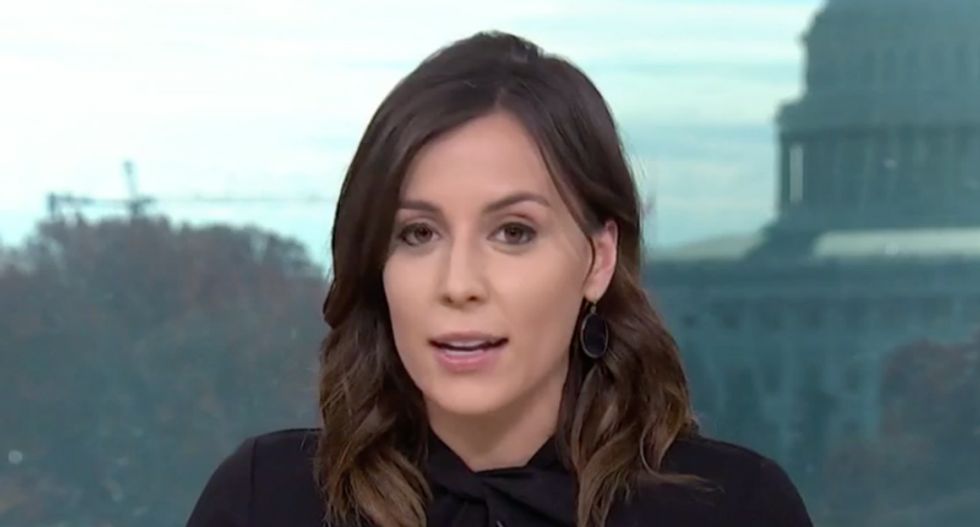 MSNBC news anchor Hallie Jackson said on Monday that President Trump's morning tweetstorm reminded her that the last time the president launched as vituperative an attack, one of his associates pled guilty to federal campaign finance violations.

"Remember the last time he did this kind of tweet storm? One day later we found out about his former lawyer Michael Cohen's guilty plea," Jackson said. Cohen admitted in federal court to buying the silence of two women who had had affairs with then-candidate Trump, and doing so at Trump's direction.

"Here's what the president is saying today," Jackson continued, quoting Trump's attacks on Cohen and special counsel Robert Mueller while defending political operative Roger Stone. "'They only want lies. The truth is bad for their mission.'"

MSNBC White House correspondent Peter Alexander agreed with Jackson that Trump was likely trying to obstruct justice by sending a message to Stone and others caught up in Mueller's probe.