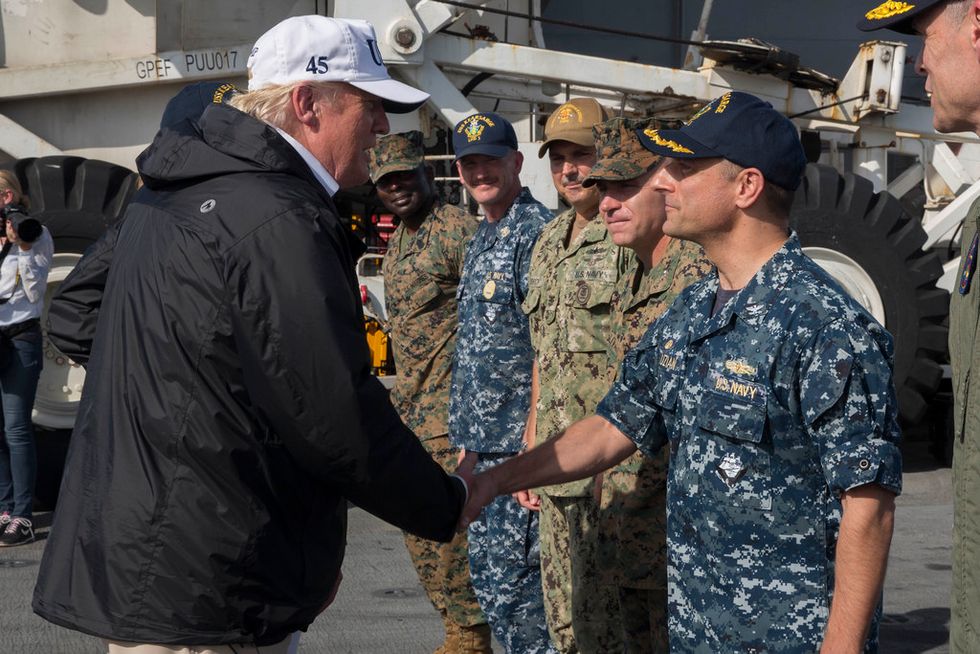 A former Naval intelligence officer slammed Donald Trump for revealing the identities of Navy SEALs officers in a video he posted from his surprise trip to Iraq.

In an interview with Newsweek, national security expert Malcolm Nance said that Trump broke strictly-enforced protocols when he posted a video that featured members of a California-based SEAL team.

According to pool reports, Trump "paused to take a selfie" with a SEAL chaplain and commander, Newsweek reported.

After the meeting with service members was given the green light to go public, Trump reportedly told Commander Lee, "Hey, in that case, let’s take a picture."

The report noted that other "special operations personnel and support troops" were featured in the video as well, though Newsweek did not reveal their names.

"The real names, faces, and identities, of personnel involved in special operations or activities, are usually a closely held secret in a combat zone,” Nance told the magazine. “Revealing them casually, through an unusual media exposure even if it’s the commander in chief, would prove a propaganda boom if any of this personnel are detained by a hostile government or captured by a terrorist group. There would be no denying who you are and what you do."

A Defense Department official who spoke to Newsweek on condition of anonymity also acknowledged that the video revealing the special ops troops' faces without blurring or otherwise censoring them was unusual.

"Even during special operation demonstrations for congressional delegations or for the president or vice president, personnel either have their faces covered or their face is digitally blurred prior to a release to the general public," the official said.

"I don't recall another time where special operation forces had to pose with their faces visible while serving in a war zone," the official added.

The video with the SEALs faces is available on Trump's Twitter, but Raw Story has chosen not to run it to protect their identities.