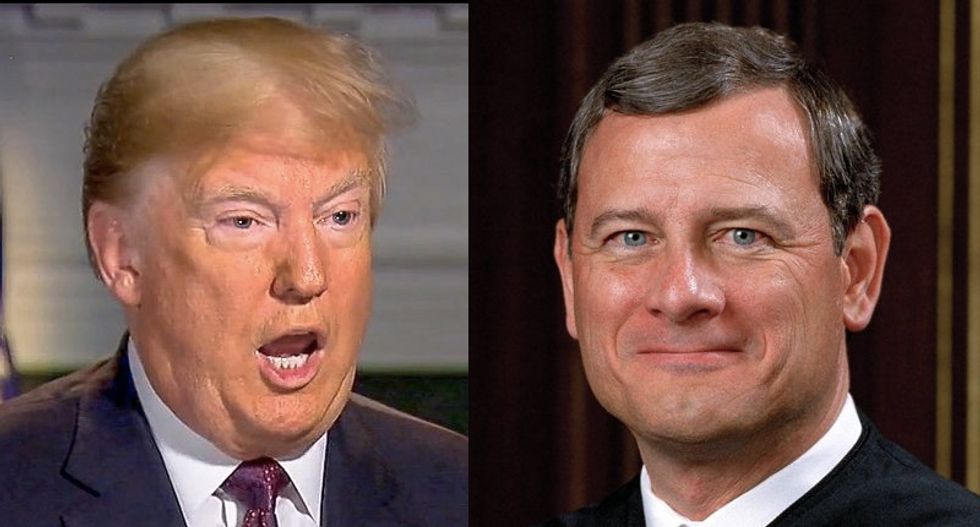 A "mystery filing" in the Supreme Court appears to be related to special counsel Robert Mueller's probe into collusion between Russia and the Trump campaign in the 2016 election, analysis by Bloomberg News suggests.

A sealed document "stems from a Dec. 18 federal appeals court ruling that required an unidentified company, owned by an unidentified foreign country, to turn over information to a grand jury."

That grand jury hearing "has been shrouded in mystery," the report says "because officials closed an entire floor of a federal courthouse in Washington during arguments."

The case was linked to Mueller by Politico, which reported overhearing a conversation about it in a court clerk’s office.

The so-called "mystery filing" requests that SCOTUS Chief John Roberts temporarily block a ruling by the appeals court in the same case as the secret hearing that was held in the closed courthouse, and tied to Mueller by Politico.