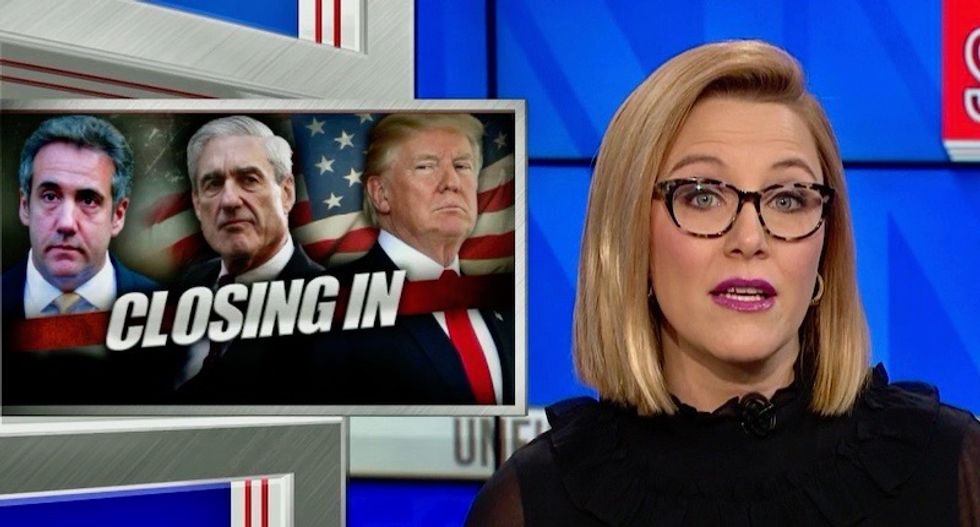 On Saturday, CNN conservative cost S.E. Cupp opened her show with an analysis of President Donald Trump's flat-footed response to Friday's filings in the Russia investigation.

"Here's your headline: Nothing to see here! President Trump weighed in on three briefs filed Friday implicating Paul Manafort, Michael Cohen and the president himself in criminal activity. That's right. Criminal activity. Now, despite the foreboding implication of these briefs, I'll get to those in a minute, Trump is hailing the revelations as a victory," she said.

Cupp then aired footage of Trump saying he was confident that he's on the way to being cleared and interviewed CNN political correspondent Sara Murray.

"You're left with, first of all, President Trump being implicated by prosecutors for the first time in a campaign finance violation, and secondly with yet another signal there were so many members of Trump's orbit, whether it was his campaign or his inner circle, who were somehow in touch with Russian nationals," Murray said. "Obviously this is a far cry from what we heard during the campaign. President Trump insisted he no business deals with Russia, no possible business deals with Russia and no one on his campaign was in touch with any Russians—obviously, none of that entirely accurate."

"There's plenty to see here," Cupp said. "Friday night's court filing suggests the Mueller investigation is near its end game and the president himself is now in pretty serious legal jeopardy."

She then went into the many lies told by Trump associates and the ways in which they appear to have worked to coordinate lies.

"Now, I'm no lawyer, but that seems fairly obstruction-y, to me," she said.

"Here's the deal: Earlier today the president tweeted after two years and millions of pages of documents and a cost of over $30 million, no collusion. He also told reporters, 'we're very happy with what we're reading in the Mueller briefs," she said. "Yes, this investigation could definitely still find evidence of collusion with Russians. It could already be in these very findings! They are heavily redacted!"