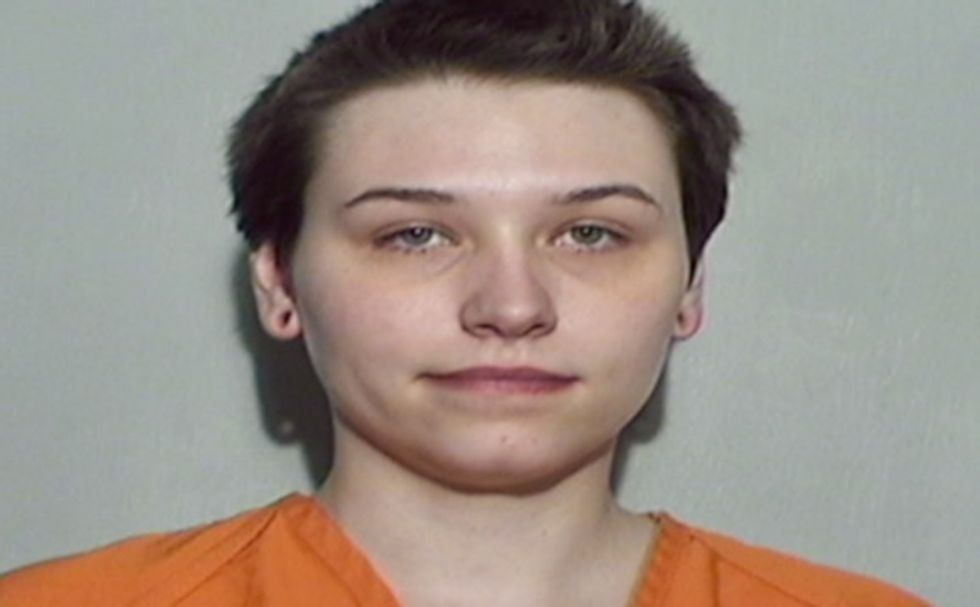 Elizabeth Lecron, 23, was accused of purchasing gunpowder and screws that the FBI said she intended to use in an “upscale mass murder” at the bar, U.S. Attorney Justin Herdman said in a statement.

Lecron came to the attention of police this year after an associate expressed a desire to conduct an attack. Investigators found a number of social media posts by Lecron glorifying mass murderers, including Roof and the Columbine High School shooters.

She visited Columbine High School this year and exchanged letters with Roof, attempting to send Nazi literature to the avowed white supremacist, according to an affidavit filed in the case.

Roof was sentenced to death for the 2015 killing of nine worshipers at an African-American church in Charleston.

In discussions with undercover FBI agents, Lecron also talked about an attack to free farm animals, bombing a pipeline and attacking her workplace.

On Friday, she purchased two pounds (0.9 kg) of a muzzle-loading gunpowder and 665 screws at stores in Perrysburg, Ohio, after which police arrested her.

Separately, the Ohio U.S. attorney’s office on Monday announced the arrest of a 21-year-old man who allegedly planned to attack a Toledo-area synagogue.

Damon Joseph was inspired by Robert Bowers, the man who killed 11 people at a synagogue in Pittsburgh in October, according to a statement by the attorney’s office.

Joseph was charged with attempting to provide material support to Islamic State (ISIS).

He was arrested on Friday when he met an undercover agent to take possession of two AR-15 assault rifles that he believed the agent had purchased for the attack, a statement by Assistant Attorney General John Demers said.