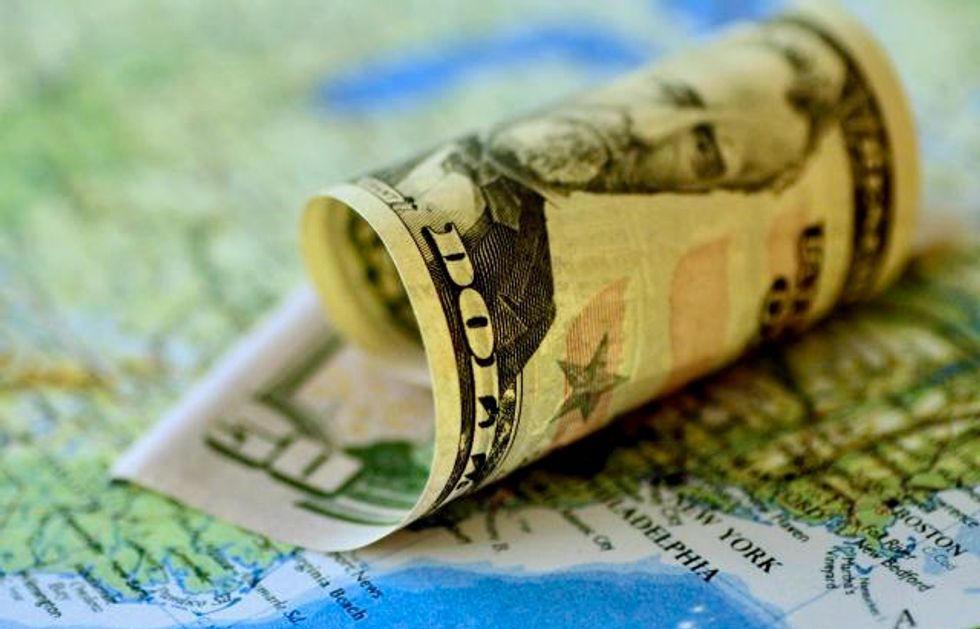 A U.S. Dollar note is seen in this June 22, 2017 illustration photo. REUTERS/Thomas White/Illustration

The onset of a U.S. recession could take longer than usually thought after key points of the Treasury yield curve invert, as a surge in U.S. short-dated debt issuance has altered the dynamics of the Treasury market and other indicators show an economic downturn is farther off.

As the Trump administration ramps up debt sales to cover a budget deficit projected to hit $1 trillion next year, it has crowded the front of the yield curve with far more new bonds than the back end.

Banks, meanwhile, have shown a preference for mortgage-backed bonds over Treasuries since the financial crisis, a shift that has elevated the significance of moves in the yield curve of those bonds.

These structural changes in supply and demand have some analysts thinking that means a longer lag until recession begins following any inversion of yields on two- and 10-year Treasuries, which has historically taken 18 months to two years.

Some analysts and economists say that other yield curves may be better predictors of an impending economic downturn, and those are further away from flashing a warning signal than the two-year, 10-year Treasury spread.

Short-dated Treasury yields inverted this week for the first time since before the financial crisis, with two-year notes yielding more than three-year and five-year ones.

The spread between two-year note and 10-year note yields US2US10=TWEB shrank to less than 10 basis points, the smallest gap since 2007, sparking worry that an economic downturn could be close.

Analysts say that central banks’ quantitative easing programs since the financial crisis of 2007-2009 have distorted the yield curve, meaning that an inversion of two-year and 10-year notes, if it occurs, should not be read that a recession is necessarily near.

“The current curve is massively distorted by QE and also the effects of the unwind,” said Thomas Simons, a money market economist at Jefferies in New York.

The U.S. Treasury Department has increased supply of two-year notes by $82 billion since February, far exceeding $22 billion in 10-year notes it issued over the same time frame.

“That’s a very significant amount of supply that’s been dumped into the front-end that hasn’t been equally distributed into the long-end,” said Simons.

This has helped send yields on shorter-dated debt relatively higher, and compressed the spread between two-year and 10-year notes.

“Given that banks are using it less than Fannie and Freddie, the importance of the Treasury curve has really diminished in the last nine-and-a-half years,” said Brian Reynolds, an analyst at Canaccord Genuity.

Fannie and Freddie bonds offer a higher yield pickup than Treasuries, and their bailout by the U.S. government in 2008 gave them a government guarantee.

U.S. banks have increased their holdings of mortgage-backed debt guaranteed by Fannie, Freddie and other government agencies to $2.23 trillion, from $1.16 trillion at the end of 2008, while Treasury holdings have increased to $503 billion from $56 billion during the same period, according to data by the Federal Reserve.

The gap between two-year and 10-year Fannie and Freddie yields is currently around 24 basis points and 44 basis points, respectively, making any future inversion likely to come later than that of the Treasury curve.

An economic paper by the Federal Reserve Bank of San Francisco in August, meanwhile, found that while the two-year, 10-year curve is typically the focus of financial commentators, the inversion between three-month bills and 10-year notes has better accuracy as a predictor of a recession 12 months into the future.

That spread is also currently around 50 basis points, indicating that an inversion would occur later than that of the most commonly cited two-year, 10-year spread.

“It could be many months before we see that point of the curve invert,” said Charlie Ripley, senior investment strategist at Allianz Investment Management.