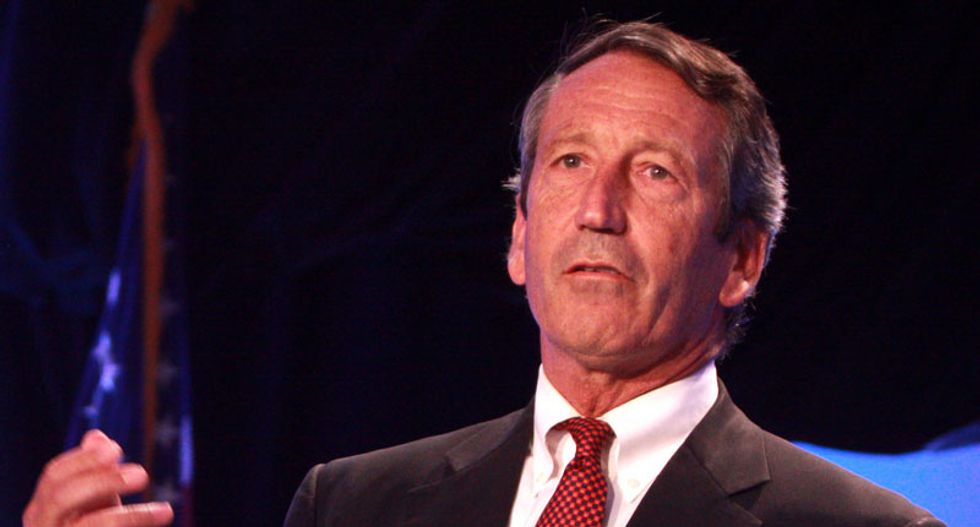 In his farewell address, Rep. Mark Sanford (R-SC) warned of a Hitler-esque figure in the age of President Donald Trump, the South Carolina Post and Courier first reported.

Sanford summarized the 4,000 word missive. "One, thank you for your part in allowing my time in the arena of politics. It’s been an honor, and I am most appreciative," he wrote.

"Two, we are headed for a shipwreck if we don’t change course," Sanford continued.

Sanford goes on to praise civility as well as confirm his commitment to limited government. He cites the work of economic philosopher Friedrich Hayek, particularly his work, "The Road to Serfdom," which warns of the government's abuse of power—and how they can lead to the rise of strongmen dictators.

"He says that he can take care of it for us. People desperate for a change accept his offer. They have to give up a few freedoms in the equation to get more security. It doesn’t work out so well, as Hayek’s book in this instance is about the rise of Hitler in post-WWI German history," Sanford says.

"I want to be clear and explicit that I am not likening Trump to Hitler, but the forces at play could lead to a future Hitler-like character if we don’t watch out," Sanford warned.

"It must be remembered that another thing that Benjamin Franklin said was that he who trades his freedom for security, deserves neither. Indeed, how true."