Paul Manafort lied about 'travel records' -- here's what that might mean 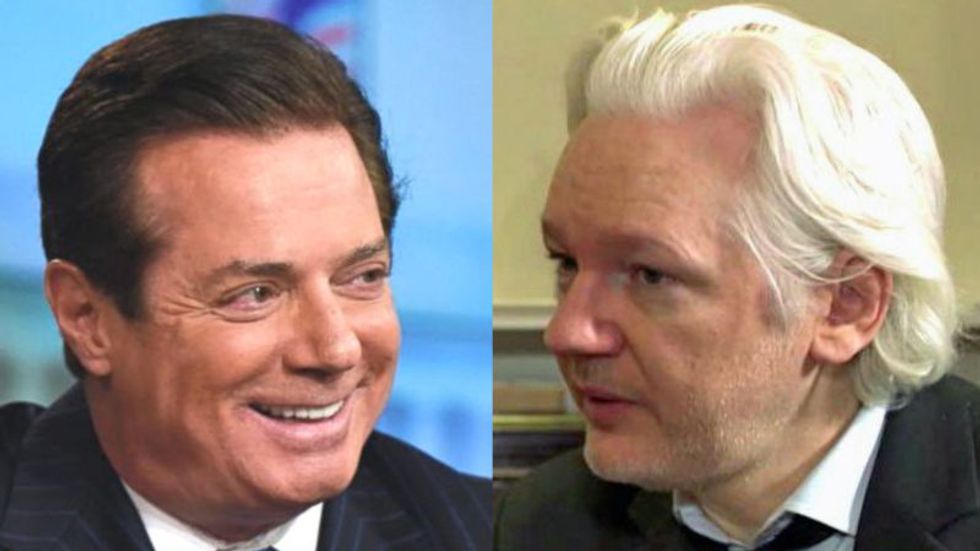 On Friday, special counsel Robert Mueller filed a memo laying out the ways Paul Manafort broke his plea agreement by lying to prosecutors.

The heavily redacted memo mentions Manafort's connections with Russians during the campaign.

Among the proof cited by Mueller are "electronic communications," travel records and something else that has been redacted.

The mention of travel records is interesting given the various allegations regarding where Manafort traveled to allegedly make contacts with Russian intelligence.

In late November, the Guardian newspaper reported that Manafort had traveled to London to meet with Wikileaks' Julian Assange, who allegedly has ties to Russian intelligence, inside the Ecuadorian embassy.

No one else has yet been able to independently confirm that report.

Manafort's flights into and out of Ukraine, where he helped a candidate supported by Russian dictator Vladimir Putin, could be another subject of his lies. Manafort reportedly made at least 18 trips to Moscow and 19 trips to the Ukrainian capital of Kiev.

The sections following the revelation that Manafort lied about his travel are among the most heavily redacted in the document.

You can read the filing here.