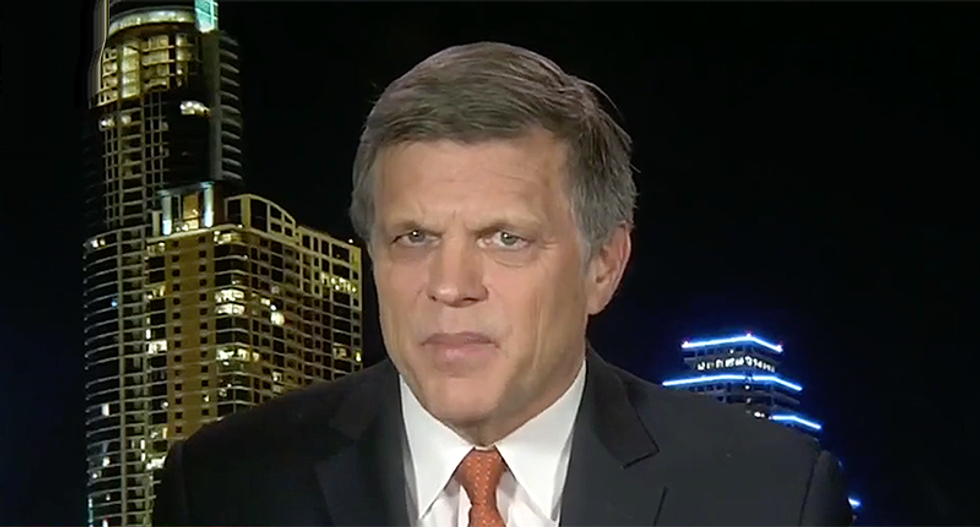 President Donald Trump has been tweeting that the recent sentencing memos vindicate him of all involvement in the Russia scandal. It isn't clear if Trump is being fed information that is inaccurate or is trying to convince himself that everything is OK. Former Trump biographer Michael D'Antonio, however, thinks Trump is nothing more than a shady car salesman trying to feed a line to the American people. Presidential historian Douglas Brinkley thinks this might be a major reason Trump can't get a chief of staff to commit to work with him.

In a Sunday CNN panel discussion, host Ana Cabrera wondered if Trump was intentionally staying in the dark so he could have plausible deniability about special counsel Robert Mueller's memos.

D'Antonio didn't think Trump was likely to be able to not know what was happening.

"I think he is alert to what is in the newspapers," D'Antonio explained. "I think the Washington Post and New York Times are on his bed every morning as he is tuning into Fox News. So, he is aware of what is going on. he is just trying to persuade us and persuade himself that it is not as bad as it really is."

Brinkley noted that it isn't necessary for Mueller to indict Trump to be impeached, but the president will try and claim that it's all political if Congress files impeachment charges. The investigation in the Senate will likely be a joke if Congress moves forward with impeachment.

When it came to a brief discussion about Nick Ayers turning down the chief of staff gig, D'Antonio said the only person that gets along with Trump at this point is Mike Pence, but it might just be because he stays out of Trump's way.

"I think if he could appoint Mike Pence, that might be a good choice because he is about the only one that seems to be able to get along with the president consistently," the biographer said. "And he may do that just by staying out of his way. It is hard to say that there is one personality type that would work here. Kelly and Reince Priebus were very different, but they both failed. For all the wonderful things that people were saying about Kelly, now that he is a dead man walking, he was not able to bring order to the White House. He wasn't able to get over the tweeting, and he wasn't able to get control or access to the president."

D'Antonio said that Ayers seems to understand that it's a "losing proposition" to even try to go up against Trump.

Cabrera wondered if it was all simply typical changing of the guard, but Brinkley said no.

"This is a Trump administration unraveling," he said. "Nobody wants to have the name Donald Trump next to them on their resume. We just had multiple felony charges against the president by the Department of Justice. And it will only get worse. Who wants to go sit in the White House with Donald Trump fuming and tweeting as this were in a crisis mode, perhaps Constitutional crisis, in the coming months?"

He assumed that Ayers thought he could do it for a few months to give the White House some time, but he doesn't want to be the one to handle Trump through the next two years of legal nightmares.