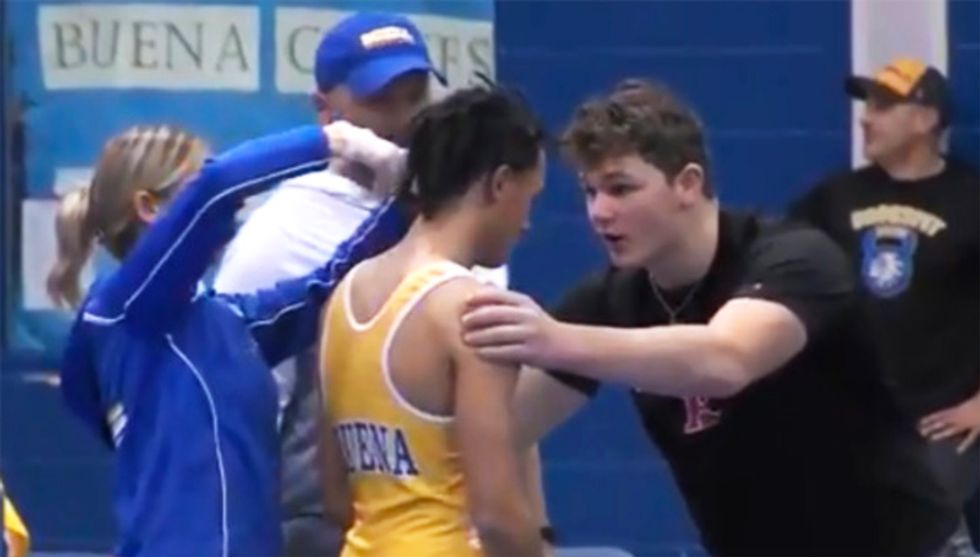 A white man who is a fan of Donald Trump tried to defend a racist referee in New Jersey -- by admitting that he and his friends use racial slurs regularly.

After feminist author Jill Filipovic wrote a column for CNN detailing why the referee who forced a black wrestler to cut off his dreadlocks is an example of all-American racism, she received a self-incriminating email from a Texan physical therapist.

"This email is... something," Filipovic tweeted. "Walter [Shull] Jr, a physical therapist in Texas, would like me to know that he uses the n-word all the time but that doesn't make him a racist.""

"Me and the guys joke all the time using the word n****r and now I'm being told that I could possible [sic] be labeled a racist?" Shull wrote.

"I'm white and voted for Trump and now I have sealed my fate as a white supremacist!" he added sarcastically. "Your political correctness is destroying this country and sadly you are more divisive than ever."

Shull added that "America does not have a racist problem" with a number of exclamation points.

A cursory Google search for "Walter Shull Jr" turned up a profile for a Texas physical therapist, as Filipovic pointed out.

Read the entire email below: