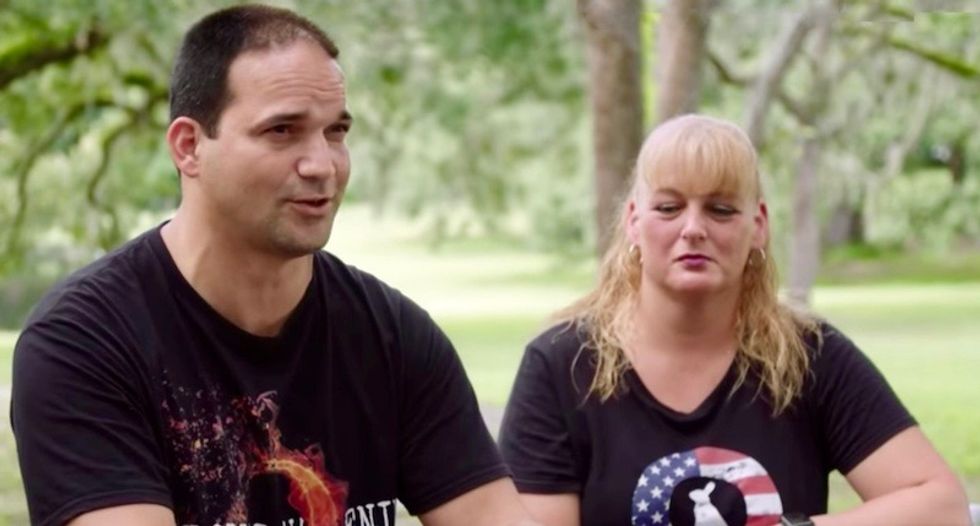 Believers in the rightwing conspiracy QAnon, an elaborate fantasy in which President Donald Trump and Robert Mueller are secretly working together to battle a cabal of prominent people who are child molesters, complained of being lonely and isolated from loved ones in a new Daily Beast report.

QAnon believers "lamented that their belief in the bizarre right-wing conspiracy theory had isolated them from friends or family," and that the loneliness was "keenly felt over the holidays."

It's part of a trend that has followed the year-old conspiracy theory, which has reportedly broken up families.

The story was sourced to four conspiracists, "two diehards and two who are beginning to experience doubts."

One of the believers, a man, said that he has now joined a support group for QAnon believers who are increasingly estranged from family and friends.

“You hear about a lot of people, their spouses rolling their eyes and not seeing,” he said. “I’m trying to wake up my wife and head off potential disaster in the future and she just rolls her eyes. She thinks I’m nuts.”

Another woman lamented that no one she knows in person wants to hear about her conspiracy theories.

"I stopped trying to tell them. I stopped. Nobody wants to hear it," she said. "They say you’re a conspiracy nut and you’re looking at wacky stuff on the internet.”

One of the QAnon believers lost a friend of 60 years to her beliefs.

"She humiliated me on my =Facebook page," she said. "There are other incidences as well. I keep it to myself that I follow QAnon. Some of my other friends follow as well.”

An expert who studies the QAnon phenomenon told the Beast that he's seen a lot of chatter about lost relationships within the conspiracy community but that the believers still think they will be vindicated.

"They often comfort themselves by imagining that there will be a moment of vindication sometime in the near future which will prove their beliefs right," he said. "They imagine that after this happens, not only will their relationships be restored, but people will turn them as leaders who understand what's going on better than the rest of us.”