Russian spy is 'close to plea deal' but there may be 'dozens' more in DC: CNN report 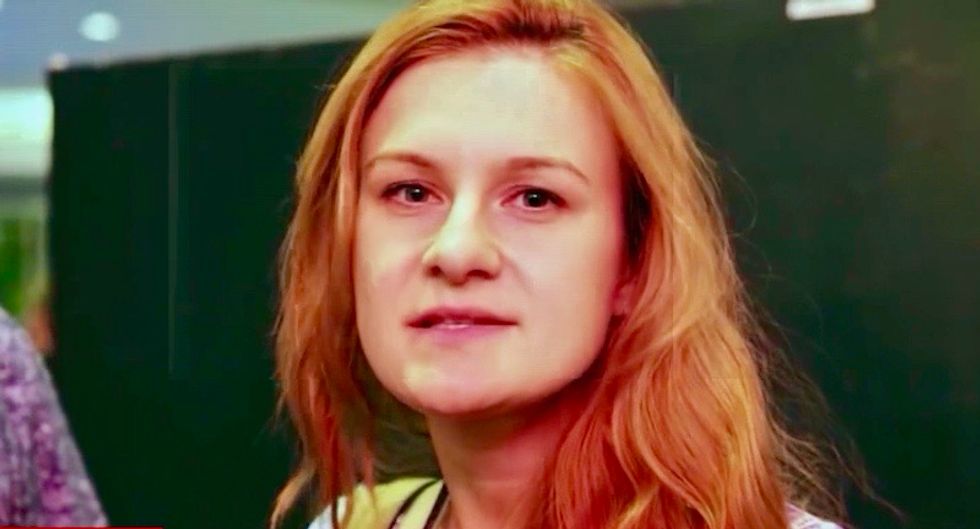 The accused Russian spy who infiltrated the GOP during the 2016 election is close to a plea deal, CNN reported Thursday night.

Maria Butina is out of money and her lawyers are making moves to cancel upcoming hearings as they look to finalize a deal, said a reporter appearing on Wolf Blitzer's show.

Butina "appears to treat that relationship as simply a necessary aspect of her activities," prosecutors say according to CNN.

That may leave Erickson arguing that he was "simply a dupe," the report says, in the hopes of avoiding espionage charges.

The report described Butina as a "classic honeypot" that would be alluring to "lonely men" in Washington, D.C. and said that investigators believe she is not alone and that there may be "dozens of them" working in Washington right now.