‘Sick’: Internet blasts Trump for claiming ‘to have the endorsement of dead US soldiers’ to pull out of Syria 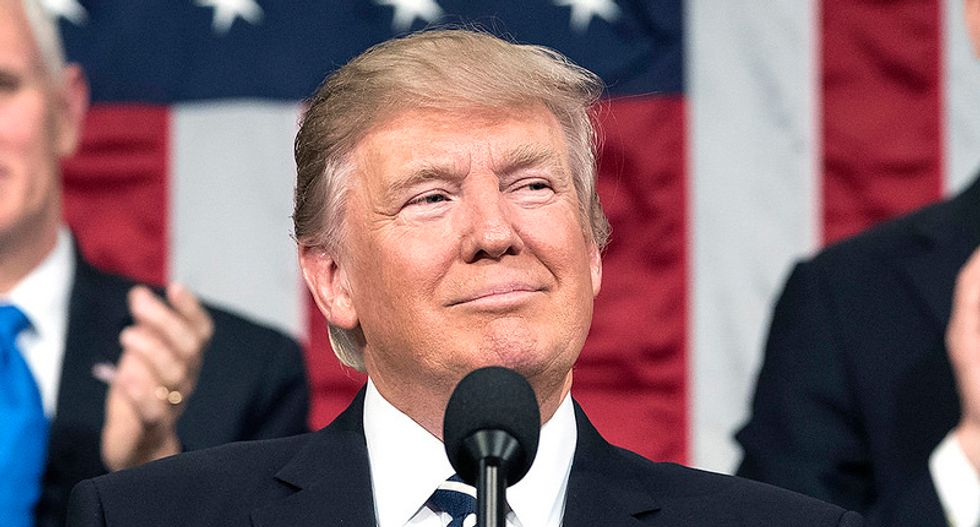 President Donald Trump started the day by announcing the U.S. has defeated ISIS and he is pulling all troops out of Syria immediately.

Of course, the U.S. has not defeated ISIS and there is bipartisan condemnation of not only Trump's decision to pull troops out of Syria, but the manner in which he is doing so.

But Trump did not stop there.

The Commander-in-Chief has just released a video in which he boasts about the destruction of ISIS. He also says that all the American troops who gave their lives in the war against ISIS support his decision to pull the troops out of Syria.

"I get very saddened when I have to write letters, or call parents, or wives, or husbands, of soldiers who have been killed fighting for our country," Trump says from the White House lawn. "It's heart-breaking."

"Now we've won. It's time to come back," he announces, with barely a pause.

"I'll tell you, they're up there looking down on us, and there is nobody happier or more proud of their families, to put them in a position where they've done such good for so many people."

"So our boys, our young women, our men, they're all coming back, and they're coming back now," Trump says, looking at the camera.

Some on social media blasted the President for, as this political commentator who writes for conservative websites says, claiming "to have the endorsement of dead U.S. soldiers."

Here's what some others have to say:

It is more than a little strange speak definitively about the desires and policy views of US servcicemembers who ha… https://t.co/r06mTBJ3Ul
— Chris Hayes (@Chris Hayes)1545261819.0

After I claimed premature victory over ISIS, I'm making a decision against all military advisers by withdrawing all… https://t.co/zY33wYWg0i
— Trump Interpreter (@Trump Interpreter)1545264476.0

TRUMP GOES BERSERK IN FRANTIC OVERNIGHT AND EARLY AM TWEETSTORM