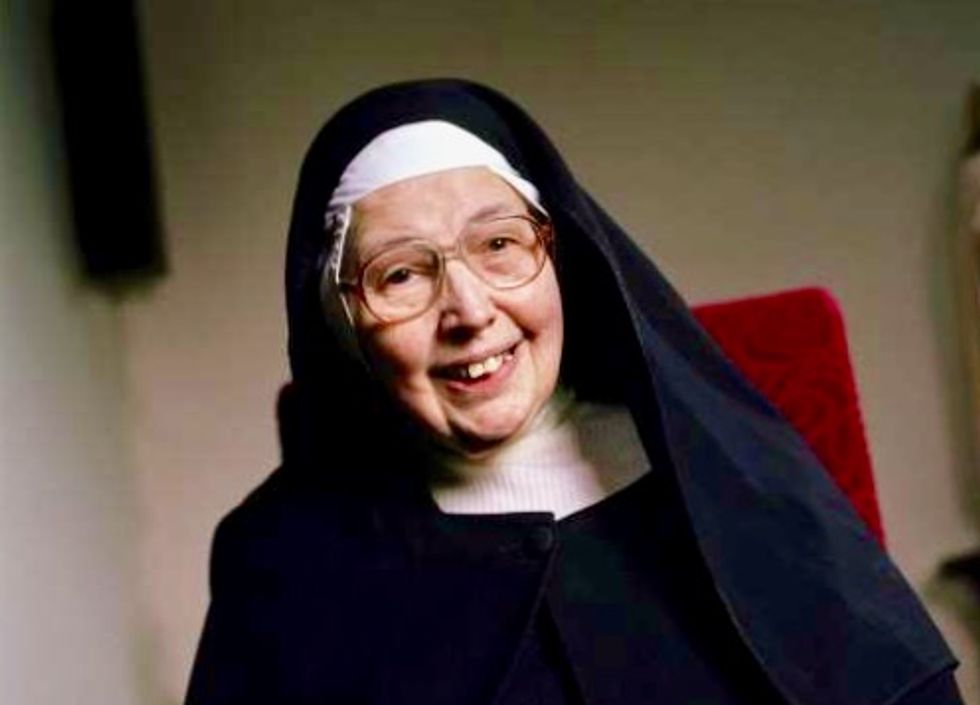 Beckett, who soared to international fame presenting a series of popular and unscripted art programmes for the BBC in the 1990s, died at the Carmelite Monastery in Quidenham in Norfolk on Wednesday.

"Sister Wendy had a unique presentation style, a deep knowledge of and passion for the arts," said Jonty Claypole, the BBC's director of arts.

"She was a hugely popular BBC presenter and will be fondly remembered by us all. We're thinking of her loved ones at this time."

Born in South Africa in 1930, Beckett was still a child when her family moved to Edinburgh, where her father studied medicine.

She joined a convent at the age of 16 and was sent to Oxford University in 1950, where she was awarded a Congratulatory First Class degree in English literature, according to the BBC, before a stint teaching in South Africa.

Beckett began studying fine art in the 1980s and decided to write a book to raise money for her convent.

"Contemporary Women Artists", published in 1988, was the first of many books and articles.

Her solitary existence, living in a caravan in her Norfolk convent, was transformed when the BBC commissioned her to present a television documentary on the National Gallery in London in 1991.

Beckett became well-loved for her unusual presenting style, which saw her discuss featured painting in depth and without an autocue.

"It is very sad news. Many people see her as a religious person and she was far more than that," said Xinran Xue, a close friend, according to Britain's Press Association newswire.

"It's a huge loss for the art world. She was a brilliant art critic."